The Social Democrats, the junior party in the ruling coalition, have moved to resolve a months-long dispute with President Zeman over who should hold the foreign ministry portfolio. Party leader Jan Hamáček on Tuesday revealed the name of the party’s new nominee for the post – the present deputy foreign minister, Tomáš Petříček. 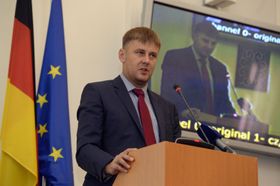 Tomáš Petříček, photo: ČTK/Kateřina Šulová When President Zeman appointed the Babiš-led government to office in June of this year, one nominee remained out in the cold. Social Democrat MEP Miroslav Poche, who was slated to fill the post of foreign minister, was rejected by the president for his pro-migrant views which the head of state said were at loggerheads with the country’s official foreign policy line. In order to enable the appointment of a new government, a last minute compromise was reached, whereby Social Democrat leader and Interior Minister Jan Hamáček was tasked with managing the foreign ministry portfolio until a solution could be found.

Mr. Hamáček has now presented that solution, announcing the name of a new nominee for the post – the present deputy foreign minister, Tomáš Petříček.

“He has the education and language skills required for the job and I am confident he will make a good foreign minister and defend the country’s interests within the set foreign policy line.”

Prime Minister Andrej Babiš said he was glad the Social Democrats had finally moved to resolve the matter and he would be happy to meet with Mr. Petříček and present the nomination to the president. The rejected Mr. Poche said it was an excellent choice.

However the reactions of the opposition ranged from cautious to critical, with the main reservation being that little was known about Tomas Petříček’s views and that the foreign ministry portfolio required a seasoned politician with years of experience in diplomacy behind him. 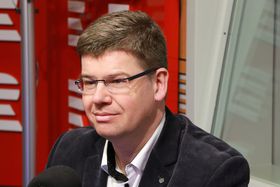 Jiří Pospíšil, photo: Kristýna Hladíková / Czech Radio “I am convinced that the Social Democrats have given up on managing the foreign ministry portfolio. In reality, Andrej Babis has a tight rein on the country’s foreign policy and will continue to call the shots. The Social Democrats will just have a figurehead.”

So what are Tomas Petříček’s chances of holding his own? Political scientist Jiří Pehe says it would be premature to write him off.

“He clearly represents an opposition to Mr. Babis and President Zeman in terms of his views, which are identical with the views of the rejected candidate Mr. Poche. And if we take into account that the minister of foreign affairs has some important powers –such as nominating ambassadors – where he cannot be sidelined, he could prove to be a strong player. And if we take into account his different views on the European Union, his attitude towards Russia, which presumably are identical with those of Mr. Poche, then he may be a player we should not discount.”

The president and prime minister are to meet on October 2 to discuss the nomination.