A Slovak court has cleared the Czech finance minister and leader of the second strongest party in government Andrej Babiš of having knowingly served as an agent in the communist-era secret police. The verdict met with relief from the minister’s coalition partners but has left many of his critics unconvinced. 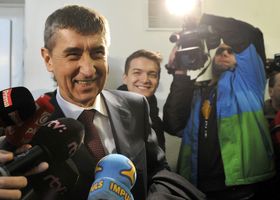 Andrej Babiš, photo: CTK The finance minister’s drawn out court battle with the Slovak Institute of National Memory, which listed him as a former secret police agent, ended in triumph on Thursday. After two years of deliberations and testimonies from dozens of witnesses Judge Zuzana Doricová read out the verdict that the finance minister had been hoping for. Despite the fact that the minister’s code name “Bureš” appeared in a dozen secret police files, she said there was no evidence that Andrej Babiš had knowingly served as an agent in the dreaded communist-era secret police force. Mr. Babiš, who awaited the court’s ruling in Prague, said he had expected no less.

“I never signed any document on cooperation, I never served as an agent for them – on the contrary I myself was blackmailed by them and I am very glad that this ordeal is finally over.”

Although the minister recalls getting plenty of harassment from the communist-era secret police, which as an employee for a firm dealing in foreign trade he was reportedly unable to avoid, it was paradoxically two members of the former secret service who helped clear his name. Although the respective officers reportedly kept files on him, neither could remember ever dealing with him in person or recruiting him as an agent. The head of the Slovak Institute of National Memory Ondřej Krajnák said it was shameful that the court’s ruling hinged on the testimonies of two former secret police officers and confirmed that the institute would appeal the verdict.

“It’s a sad day for the Slovak judiciary. And I think it is our duty to see this through to the end. We should not let someone re-write our history.” 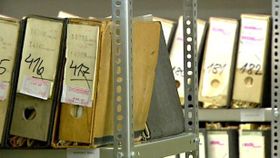 Photo: Czech Television In Prague the verdict was received with a mixture of relief from government leaders and disbelief from Mr. Babiš’ critics. Prime Minister Bohuslav Sobotka, who was recently fined 10,000 crowns for allowing Andrej Babiš into the government without a clean screening certificate as proof that he did not have an incriminating past, said he hoped the court’s verdict would settle the matter once and for all. The leader of the Christian Democrats, Pavel Bělobrádek, who earlier threatened to walk out of the coalition if the government attempted to scrap the screening law that prevents former communist-era secret police agents from holding high posts in public service, said the court’s ruling was good news for the Czech coalition.

And while TOP 09 officials openly expressed disbelief at the outcome, Mr. Babiš’ presence in government indicates that this may be the end of an era in dealing with the country’s communist past. Although the screening law is still valid, its future and practical use are increasingly uncertain. Even before the court ruling had cleared Mr. Babiš’ name, the finance minister topped the popularity ladder as the most trusted politician in the country.