Should 1968 Communist 'traitors' be tried in court? Former Communist Party General Secretary Milous Jakes Vaclav Zak: The problem is how to cope with the past by means of the penal code. You see, we had a constitution at that time, and in that constitution it was written that we are a strong part of a chain of Social Democratic countries with the Soviet Union at its head. So who was anti-constitutional at that time? Was it Mr Dubcek, who wanted to liberalise Czechoslovakia? Or was it Mr Sich, who wanted to open up the Czech economy to world competition? Or was it Mr [Vasil] Bilak [another former Communist] or Mr Jakes who wanted to stay in this chain? This is a very difficult question, and I think the penal code shouldn't be used in this case. 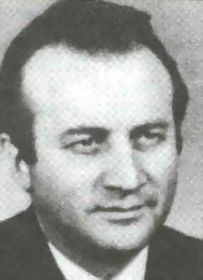 Former Czechoslovak Prime Minister Jozef Lenart Radio Prague: But nonetheless, what Jakes and Lenart wanted to do was legitimise the invasion of a sovereign country by another country, or by the countries of the Warsaw Pact to be more precise. Surely that was illegal?

VZ: Well, it's a grave problem, if you read the Czechoslovak constitution of the time thoroughly. You see, we were not a sovereign country. We were really part of the Soviet bloc, and that was written in the constitution as the decision of the Czechoslovak political representation. I think that to use the penal code in such a complicated political case is nonsense. If they had committed a crime, then of course they should be punished. But for political reasons - that they wanted to fulfil the obligations of the republic at that time - I think it's unreasonable. Therefore it is very difficult to bring these people before the court, because the judges and the prosecutors don't want to do it.

RP: Do you think there is a general unwillingness in this country to deal with history, to deal with the past?

VZ: Well, I wouldn't say so. You see, the judges don't want to participate in political trials. And they see a law that allows them to punish things that violate the statute of limitations as unconstitutional. And they say that if parliament wants us to punish such crimes, then parliament should pass the law as a constitutional law. So they refuse to use that law as something that violates the Czech Republic's international obligations. And I'm afraid they are right.

RP: Some people, though, say that it's really about time the Czechs started dealing properly with the past, with the forty years of Communism. To actually single out something and say 'this was wrong, this was illegal and this person did it.' They say that only in this way can you make society come to terms with the past. Do you not think that's true?

VZ: No I don't think it's true. I think we should clear the past in our country, it's a task we have before us. But it's not a task for a political discussion. It's a task for the discussion of a civil society. And it will take time.