The second annual KomiksFEST, which claims to be one of the biggest festivals of its kind in Central Europe, is currently in full swing here in Prague. Cinemas, theatres and galleries all over the Czech capital are running posters, comics and cartoon exhibitions, while there are also film and theatre performances inspired by comics. R.F. spoke with the programme director and one of the founders of the festival, Tomas Matejicek, and started by asking what led him to establish the festival in the first place.

"Well the situation in Czech comics is quite complicated because of forty years of communist regime when comics was not published. Therefore we are now trying all the development and comics back to the Czech Republic. I am pretty sure that comics also deserves its own festival with its own programme and with its own awards. This is why we have started to produce KomiksFEST last year."

You said that for forty years comics was not published.

"It's easy. It's just incomparable, because France is one of the most developed comics cultures not only in Europe but in the whole world. As I said the delay is about 40 years so we have quite a huge work in front of us."

Can you introduce some of the main events, the highlights of the festival and some of the most important guests?

"We have at least three or four foreign guests and one of them is David B. from France, one of the most acclaimed comics authors all over the world. Unfortunately we are now in the middle of the festival so some parts of the programme have just passed away. But the main part of our festival is the closing ceremony at Archa Theatre which will take place on Saturday at 6 p.m."

But apart from the closing ceremony I am sure there events that we can still see during the week. There are still three days to go.

"This afternoon there is a huge programme at the French Institute, which is focused on Tintin. Tintin is one of the most famous European comics characters. The afternoon will consist of film screening, workshops for kids and also f opening exhibition of Tintin original albums. So it's quite a strong insight into the Tintin phenomenon."

As you said, you are introducing awards the awards, which are called Muriel. Where does the title come from?

"Muriel is the name of one of the most beautiful Czech comics characters, which was developed by Kaja Saudek, who is considered to be the king of Czech comics of the past years. It is a very cute and sexy female character."

You can find more about the festival at www.komiksfest.cz. 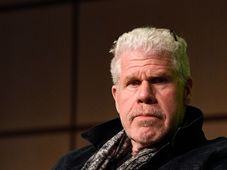 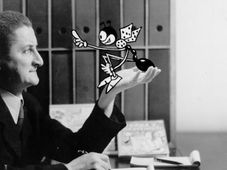