Ride of the Kings added to UNESCO heritage list

The Czech Republic’s Ride of the Kings – a tradition dating back centuries still practiced in south-eastern Moravia – was added at the weekend to UNESCO’s list recognising intangible cultural heritage. The ride – practiced in just four villages in the Slovácko region – refers to the flight of Hungarian King Matthias Corvinus from Czech King George of Podébrady in the 15th century. Organisers had strived for years to see the tradition recognised and – following UNESCO’s decision – had every reason to celebrate. 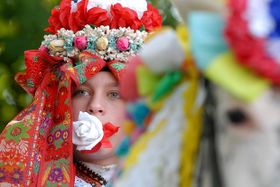 Photo: CTK The Ride of the Kings has survived for hundreds of years including both World Wars and forty years of Communism: a unique and colourful tradition practiced in only four Moravian villages: Hluk, Kunovice, Skoronice, and Vlčnov. Held for the most part annually in Vlčnov since 1808, the ride is a ritual rite of passage also related to the flight of Hungarian King Matthias Corvinus from Czech King George of Poděbrady: a boy portraying the monarch dresses in a traditional women’s folk costume to ‘mask’ his identity.

Performing the role of the king is considered an honour and the ride itself with its players in traditional dress and horses decorated is a large part of what makes the Slovácko region unique – a festival not found anywhere else. Jan Pijáček is Vlčnov’s mayor: 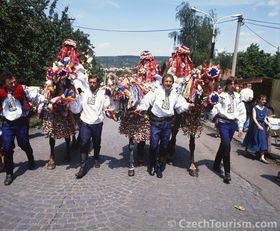 Photo: CzechTourism “The ride coincides with a former Celtic pagan ritual and has initiation characteristics. To be included on the list by UNESCO is certainly top certification. It recognizes the phenomenon or tradition as so unique that it transcends both the local community and national borders. It is something that makes us different from anywhere else and is part of the world heritage. [To be included on the list] is also a kind of ‘thank you’ to those who kept the tradition alive down through time.”

Locals greeted the news jubilantly that the Ride of the Kings had been recognised with drinks being poured at the town hall and an announcement made over the village speaker system. One local, a key organiser behind the ride, called it the best development for the tradition in the 50 years he has been involved. 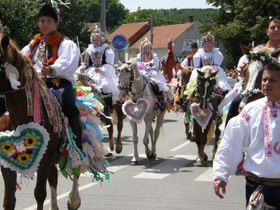 Jízda králů, or the Ride of the Kings, is the fourth Czech cultural tradition recognised by UNESCO, following one added in 2005 and two from last year: the former is a folk dance known as the verbuňk that originated in the 18th century and was by practiced by military recruits, also in the Slovácko region. The other two are Shrovetide or carnival mask processions in the region of Hlinsko, East Bohemia, and falconry, with roots in the Great Moravian Empire in the 9th century. 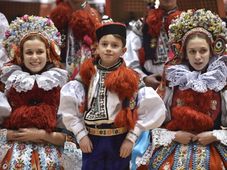 The wine flowed freely and the music played until the small hours at the annual costume ball in the town of Vlčnov last Saturday. The… The woman who lives with fifty rats! The Czech Republic and Jordan are trying to produce a superior breed of sheep and the plant that… 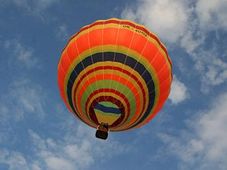 Even if it's art -what's it doing parked here? The Prague police give one of the art exhibits on Wenceslas Square the Canadian boot…