Events are being held in the Czech Republic on Wednesday in honour of Václav Havel, who died on December 18, 2011. Among them has been the annual A Candle for Václav Havel in central Prague, where associates of the late president and members of the public have read from his work. 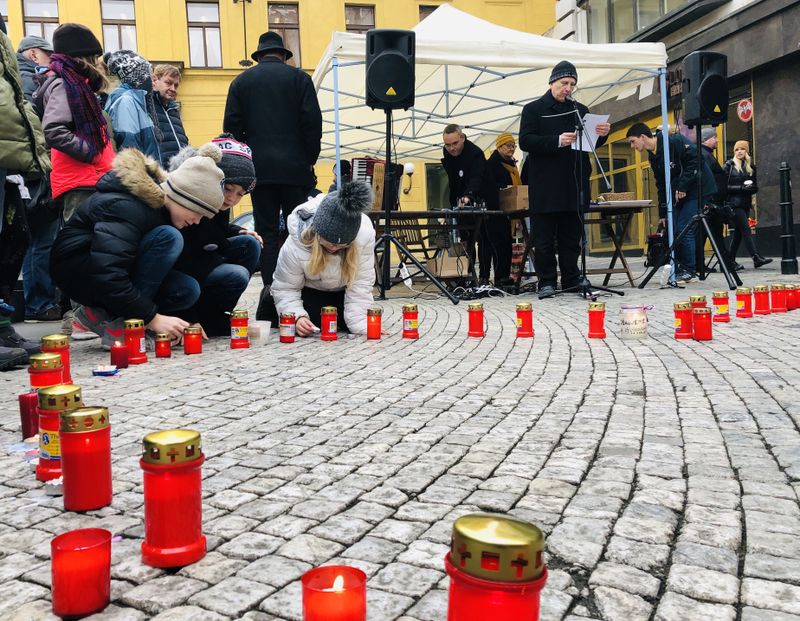 Photo: Ian Willoughby On the eighth anniversary of his death, a now annual event entitled A Candle for Václav Havel was held on Prague’s Jungmannovo náměstí on Wednesday.

In a relay lasting several hours, public figures and ordinary people lit candles and read from Havel’s works. Among the former was cleric Tomáš Halík, who was a friend of the dissident turned president for four decades. 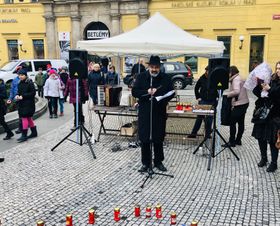 Tomáš Halík, photo: Ian Willoughby “It was the enrichment of political culture, not only of the Czech Republic but also internationally.

“When after the fall of communism I visited so many countries and continents, I always met people who when they heard I was from the Czech Republic said, the first idea was always, Oh, Václav Havel.

“So he was really well known all over the world and we are proud of him.”

Former arts minister Daniel Herman, who read from Havel’s The Power of the Powerless, highlighted the late president’s values.

“I think that the personality of Václav Havel is very important. He was one of the most important personalities for our country on the threshold of the 21st century. And his legacy – responsibility, accountability, truth, love – I think these are values which are practically eternal.”

Also present at Wednesday’s gathering was Fariba Šumanská, a Czech citizen who moved from her native Iran to Prague in 1990, soon after Havel led Czechoslovakia to democracy.

“I really miss this person. He was a person who connected the society. He didn’t separate people – society is now separated, terribly separated. 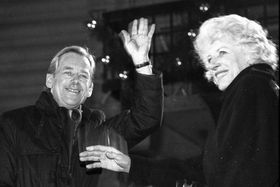 Václav Havel, Olga Havlová, photo: Výbor dobré vůle, Ondřej Němec, CC BY 4.0 “He was one who brought the whole of society together.

“I never miss this occasion. I’m here now and then I’ll go to the cemetery to remember him there, as well.

“In fact, I remember him all the time.”

“Especially this year, I feel an increase in solidarity and courage in these mass demonstrations against our president and prime minister.

“It is a sign that there are especially young people who against are political arrogance and feel fidelity to the values of Václav Havel.”