In the Czech Republic, the use of illicit drugs such as pervetin (methamphetamine) rose significantly over the last ten years but it is the abuse of a legal substance, alcohol, which presents an even bigger problem. Those are two of the main findings in an annual report just released about the state of drug abuse in the country. 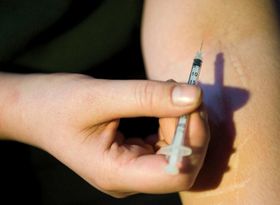 Photo: Filip Jandourek Back in 2003, the Czech Republic had a little less than 19,000 long-term users of the Czech-made methamphetamine known as pervetin: ten years later, the number has markedly increased. The government’s annual report on the state of the drug problem in Czech Republic revealed that the number of those addicted to pervetin last year was more than 34,000. The findings are not altogether surprising: police uncovering secret manufacturing facilities or busting manufacturing gangs on Czech soil is fairly common (although a fair measure is for smuggling abroad).

In 2013, according to the report, six tonnes of the drug were bought and taken by users, despite the fact that long-term abuse of pervetin of course carries with it grave and well-publicized health risks. Yet, deterrents for some are clearly not enough. Besides those who become addicted, between 30 – 40 people in the Czech Republic overdose on the drug as well as on other illicit substances each year. 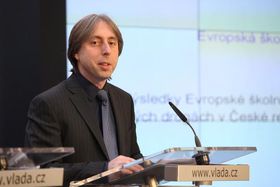 Jindřich Vobořil, photo: archive of Czech Government By contrast, it is the abuse of a legal substance that national anti-drug coordinator Jindřich Vobořil on Monday outlined as the most worrying. An estimated 1.5 million Czechs have problems with alcohol and of those some 500,000 are considered alcoholics. The situation is considered most serious when it comes to the country’s youth. According to the anti-drugs coordinator, the number of elementary school-level children who tried alcohol doubled (in the Czech Republic, elementary school continues until Grade 9 where students are the age of 15). Here is what Jindřich Vobořil had to say:

“If you look at substances available, marijuana is of course visible but it is not nearly as much a problem as alcohol. Marijuana is something that many young people will try but alcohol is something they return to again and again, the same as tobacco. And if young people try it too early, that can lead to major problems later. That has been shown as true.” 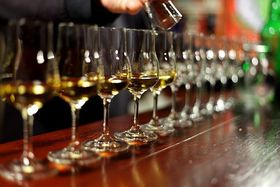 Photo: Standa Soukup In terms of other findings in the report, marijuana use in the Czech Republic is down but still it remains the most commonly used drug: more than 20 tonnes per year. Heroin use also fell, but was still taken by some 40,000 people. Alcohol again topped the list when it came to substance-related crimes: 15 percent of crimes were committed under the influence of substances, of which alcohol was a dominant 85 percent and the remaining 15 illicit drugs. Finally, the National Monitoring Centre for Drugs and Addiction notes that funding for prevention programmes is down, if not blunting then certainly not helping the state’s efforts to keep people off drugs.