It's just two and a half weeks now until the 42nd Karlovy Vary International Film Festival, one of the biggest events on the Czech cultural calendar. This year's most famous guest will be Rene Zellweger, star of Bridget Jones's Diary, though organisers also revealed a number of other interesting names at the last news conference before the glamorous festival begins. Programme director Julietta Zacharova outlined some of the likely highlights of this year's KVIFF.

"There's a retrospective dedicated to New Hollywood, which will be accompanied by a panel moderated by Peter Bart, the head of our jury."

What about new sections this year? 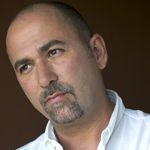 Ferzan Ozpetek "We will be introducing one new section - of course apart from the retrospectives, because they differ every year. The new section is entitled Open Eyes and we've included brand new films from Cannes, especially award-winning films and films which we considered particularly interesting on the programme of this year's Cannes film festival."

The festival starts on June 29 - is it possible for new films to be added to the programme, or is it too late now?

"At this moment the programme is complete, the screening schedule is ready, we've sent our programme poster and programme booklet to our graphic designers yesterday, so at this moment it's complete."

What about the special guests - who will be the big names this year?

"Then we will have the pleasure of welcoming Hal Hartley again, and many, many other directors who have been to Karlovy Vary and want to come back."

But the biggest name I suppose will be on the opening night?

"The opening night will have the pleasure of hosting Rene Zellweger, who will be awarding a Crystal Globe for special contribution to world cinema to the Czech animator Bretislav Pojar."

You've seen all the films, I assume - is there any one film you would recommend to viewers?

"I can recommend actually all the films that we've selected, because they are all special in some way. It's either the style, or the plot, or the way they describe the country they come from.