Curators at the National Museum have discovered a previously unknown recording of a speech given by the first Czechoslovak president, Tomáš Garrigue Masaryk, on March 7th 1930 – on the occasion of his 80th birthday. The recording made on a phonographic roller contains part of what was a “state of the republic” address at a time when the country stood on the brink of recession. 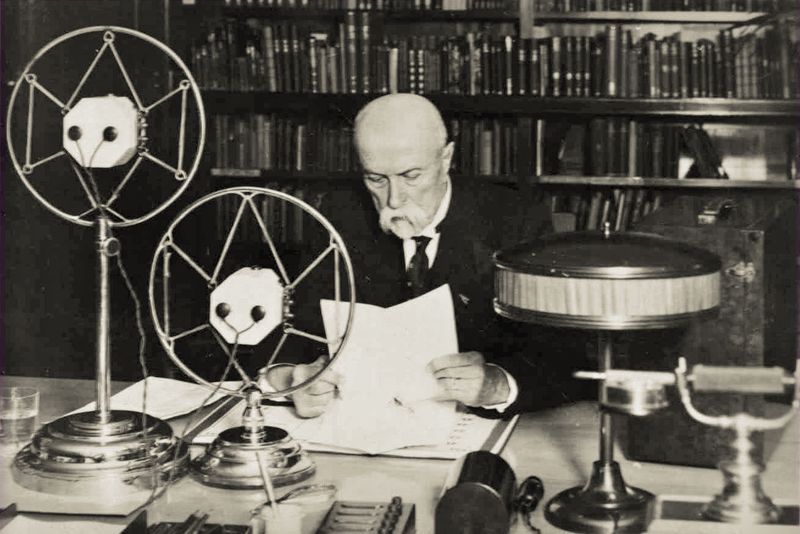 Tomáš Garrigue Masaryk, photo: archive of Czech Radio The 12-minute digitized recording of President Masaryk is part of a rare collection of recordings of the first Czechoslovak president’s voice. Although many of his speeches have been preserved for posterity in writing, it is known that Masaryk did not like being photographed or recorded unless the occasion demanded it. The speech he gave at Prague Castle on his 80th birthday was clearly such an occasion.

The president thanked Parliament for passing a law recognizing his merit for Czechoslovak statehood and for granting him 20 million crowns from state coffers as a birthday gift to be used as he wished. The president said he would use the money to build a centre for cancer research and a home for the poor. He then turned his attention to the state of the republic. Marek Junek from the National Museum says the speech is a valuable testimony of the times. 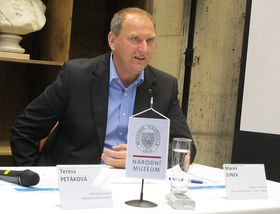 Marek Junek, photo: Martina Schneibergová “We must take into account this speech was made in 1930. Czechoslovakia stood on the brink of economic recession and the president’s words reflected the country’s needs. He spoke about the role of the state, the social sphere, the need for school reform and education. He also appealed to journalists to give a balanced account of events. What strikes me, when I listen to it, is that its content is timeless – what was topical back then is still topical and pertinent in the present day.”

The precious recording of the president’s speech came to light when the museum recently started digitizing part of its extensive sound archive, containing more than 100,000 recordings. Among the oldest recordings waiting to be digitized are a large number of phonographic rollers which were handed over to the National Museum by Czechoslovak Radio in 1966, at a time when the radio had no means of ascertaining what they contained.

These phonographic rollers are now being gradually digitized with the help of Endpoint- technology which the museum acquired last year. It is the only one of its kind in Europe and just one of five such machines in the world.

Given the vast amount of other archive material on phonographic rollers waiting to be digitized experts are hoping to find not just the rest of the president’s speech but many other valuable recordings from the beginning of the twentieth century such as the voices of well-known public figures, scientists and opera singers.