Prize for young scientists awarded for the first time

On Wednesday, the Czech Academy of Sciences officially presented 47 outstanding young Czech scientists with the first ever Wichterle award. The award, named after the Czech chemist Otto Wichterle, who invented the contact lens, will be given each year to encourage chronically underpaid Czech scientists. Dita Asiedu was at the ceremony and spoke to the chairwoman of the Academy of Sciences, Helena Illnerova.

"In these awards we tried at least a little to give some money which goes together with the award so that these young people would be able to buy something. Some of them really don't have enough money to raise a family and that is really important."

Which area of science would you say needs to get the most attention?

"In fact there are more areas which need to get a lot of attention. We have a lot of wonderful young biologists but we lack physicists and we lack people working in technical sciences and also in fact in chemistry and probably we lack also some people from the humanities. Not enough young people go into science as such; into physics, into mathematics and so on."

Dita Asiedu also spoke to two of the award winners, Marie Begusova and Ales Cieply, both from the Institute of Nuclear Physics. They said that lack of money was a major problem in Czech science, but not the only one.

Is there anything else that you would consider is a problem that has to be given attention to?

Can you explain that a little bit more?

"When you look at the working time during your day and you look at how many papers you need to fill in which have nothing to do with your real work in the lab, the number is growing and growing. The preparing of your research project - if you want it to be really good - takes time. You spend a lot of time writing the project proposal and making it nice. I know cases that the whole grant project was returned because the person forgot to fill in one line in the application. I mean it's a general problem."

"I just can agree that it's really time-consuming. If you want to get some money from the grant agency you have to write a project and it takes a lot of time to do everything properly. In my opinion it may be better if the money were given directly to the institutions and then the institutions would finance the groups they have." 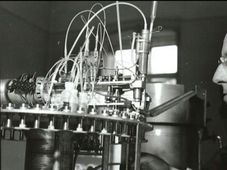 A new exhibition at Prague’s Academy of Sciences marks the 100th anniversary of the birth of Otto Wichterle, the great Czech chemist… 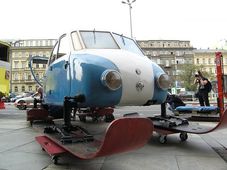 An exhibition titled Czech inventors and inventions is currently underway at the National Museum in Prague. It introduces visitors…