Josef Toufar, a priest tortured to death by the communist secret police for allegedly faking a “miracle”, could be about to finally get a decent burial. Almost 65 years after he was dumped in a mass grave, his relatives’ long calls for an exhumation may be answered by the end of the year. Meanwhile, the Czech Roman Catholic Church is pushing for the cleric to be beatified. 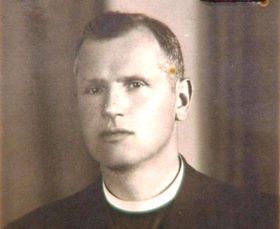 Josef Toufar, photo: Czech Television During a mass at the church in the village of Číhošť in December 1949, around 20 parishioners claimed to have seen a cross move of its own volition. News of what was to become known as the “Číhošť miracle” spread.

Amid a campaign of persecution against Czechoslovakia’s churches, the communist secret police, the StB, arrested the priest who had officiated at the mass, Josef Toufar, in January 1950.

They tortured him brutally, beating out of him a signed confession that he had faked the moving cross on the orders of the Vatican. They even made him appear in a staged “re-enactment” – showing how he had used ropes to pull the trick off – that later featured in a propaganda film. He died the following day.

The StB disposed of Toufar’s body in a mass grave in Prague’s Ďablice cemetery and did not inform his family where his remains were buried. Nevertheless, his relatives campaigned for his exhumation, which might have happened in 1968 but for the Soviet-led invasion. 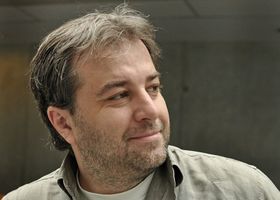 “There was a second attempt to exhume him in the early 1990s. But at that time the archives still weren’t open. Various documents that we have today weren’t available then. And those documents indicate where Josef Toufar’s body might lie.”

Prague councillors on Wednesday voted to have the priest’s presumed remains exhumed and reburied in Číhošť. The move comes after a request from the Roman Catholic Church.

It had previously launched a process to beatify Toufar on the grounds that he had heroically stood up to torture, refusing to testify against the church or fellow clergy.

The exhumation could take place by the end of the year, after a team of experts assesses the remains in order to establish identity. Archivists, anthropologists and genetic scientists will take part in the process. Writer Doležal will be awaiting their findings keenly. 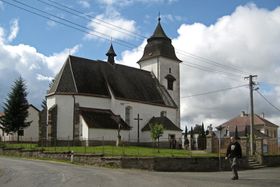 Číhošť church, photo: Tomáš Vodňanský “We will make use of StB documents and the credible testimonies of those who were there at the time. Everything is open, basically, but I’m hopeful that it will be successful.”

However, it may not be an easy matter to find Toufar’s remains. The newspaper Lidové noviny wrote that they had been dumped in a shaft where body parts were disposed of after post mortems, along with embryos from abortions. 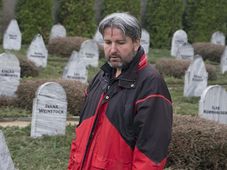