The President's decision to veto an amendment to the law which would have raised value added tax on some goods and services to 22 percent has met with mixed reactions: applause from Czech entrepreneurs and anger from the governing coalition for whom this is another hurdle on the road to pressing budget reforms. 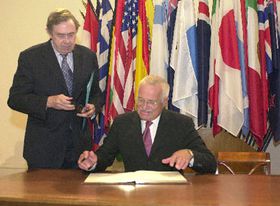 President Vaclav Klaus (Photo: CTK) The proposed law would have raised tax on most services to the standard 22 percent bracket from the current five percent - a hike which many Czech entrepreneurs feared might break their backs. Now they have high words of praise for President Klaus. Bedrich Danda is president of the Czech Association of Entrepreneurs:

"We greatly appreciate the President's decision. Even in the past Mr. Klaus has always been conscious of the fact that entrepreneurs keep the wheels of business turning and make money for the state. And if you give them better conditions they will make more money."

Is this proposal then short sighted? Many economic experts as well as opposition politicians say there are other ways to secure the extra revenues with a milder impact on both consumers and entrepreneurs. And they are not alone. Hana Marvanova is one of the deputies of the governing coalition whose vote is crucial if the president's veto is to be overturned.

"Moving services and some goods to the basic rate is a prerequisite for EU membership but it would have been more reasonable to cut the basic rate from 22 to, say, 18 percent at the start and then to gradually bring the rates closer to a single 15 percent VAT rate in the end."

Is this then a rational argument and would the finance ministry be capable of incorporating it into its budget reform plan without endangering the whole package? The finance ministry has said it hopes to see the President's veto overturned, stressing that the proposed tax hikes are an important part of the government's fiscal reform, on which the very future of the governing coalition depends. Prime Minister Vladimir Spidla has accused President Klaus of "acting like a political leader, not a president" and some political analysts agree that the former opposition Civic Democratic Party leader is rocking the boat in order to weaken the fragile governing coalition still further. Political analyst Vaclav Zak:

"When he took office, President Klaus promised not to interfere in the work of Parliament and stated that he would seldom - if ever- return laws to the Lower Chamber. He has now intervened in a very sensitive issue and the only feasible explanation is that the President has started playing political games, which is a pity." 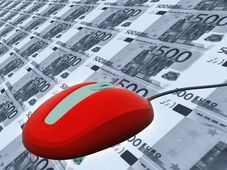