Almost exactly three years ago Prague made headlines around the world when the city was hit by the worst flooding in five hundred years. At the time, damage was caused to many historical structures, partly because of an inadequate anti-flood system. Since then a lot has been spent on improving that system, and it was tested for the first time at the weekend in a major operation involving all the emergency services. Michal Kopecky is the assistant of Prague's mayor - he described the new system to Martin Mikule. 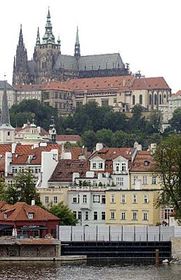 Photo: CTK "We are using mobile anti-floods obstacles; we call it Control Flood System. The system will be finished next year in June or July next year. We predict that all Prague will be covered by this system, if needed. Now I have to say that our tests involved territory which was 2500 metres long, and there were about 600 attendants. I can say that this kind of anti-flood exercise is in my opinion the largest exercise in Europe."

What did it involve and who took part in this exercise? 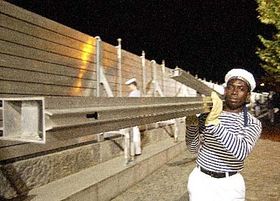 Photo: CTK Can you please a little bit describe the anti-flood system? What can our listeners imagine? Is it just these walls or what kind of tools do you use to prevent the floods?

"It doesn't mean only to set up this wall and wait for the wave or a flood. There are also the PR activities and the information that have to be released for the citizens and for the tourists. It's not easy to inform our tourists in all the languages. Then we must prepare transportation routs for tracks, hospitals, evacuation...I am of course speaking about a real situation, we didn't evacuate anybody during this exercise. Every part has to be planned and it's not easy to describe every part."

Does the anti-flood system involve the entire city or just the city centre?

"We can say that next year Prague will be protected from floods of the scale of those in 2002 - plus thirty centimetres higher - except the parts on the south and on the north of the city. These parts cannot be protected because it would demand enormous costs and it is very difficult to protect these neighbourhoods."

The month of July, 1997 brought devastating floods to Central Europe. The flooding began in the Czech Republic, then spread to Poland… 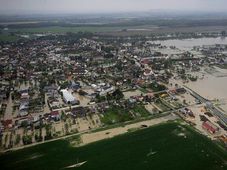 After torrential rains caused flooding in parts of Moravia this week, water levels have started to go down. But now the hard part… 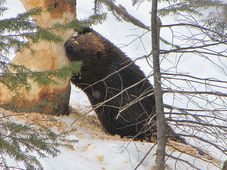 A flood-wall that protects some 4000 residents of the South Moravian town of Břeclav is in a hazardous condition, after beavers damaged…