Among the numerous events commemorating the 70th anniversary of the end of WWII is a photo exhibition from the Auschwitz Album - a collection of photographs taken inside a Nazi death camp. The collection, on view at the Prague House of Photography, is a horrifying record of the extermination of Jews in the Auschwitz-Birkenau Nazi concentration camp, which had never before been shown to the Czech public. Before the selection on the ramp in Auschwitz-Birkenau, photo: archive of Jewish Museum in Prague The Auschwitz Album –also known as the Lili Jacob Album- is a photographic record of the Holocaust that was never meant to see the light of day. The collection of close to 200 photographs was taken by Nazi officers inside the camp for their own documentation purposes. It shows Jews arriving at the camp, disembarking from trains and undergoing a selection process that was to separate those who were considered fit for work and those who were to be sent directly to the gas chambers. Among the powerful images on display is a series of photographs of a group of Jews selected for extermination who were made to wait for death in a birch grove outside the gas chamber which was full at the time. Other photos show Jews waiting to be examined, deloused or wardens sorting out the looted belongings of prisoners. On the way to the gas chambers, photo: archive of Jewish Museum in Prague The identity of the photographer or photographers has never been clearly determined, although two SS men responsible for fingerprinting the camp’s inmates have been mentioned as the possible authors. Either way the photographs, taken in cold blood, now present the only existing photo documentation of the atrocities and the human degradation suffered by the Jews interned there. They came to light most unexpectedly at the Northausen Dora camp located 640 km away from their place of origin. Former Auschwitz inmate Lili Jacob, the sole member of her family who escaped death at the camp passed through several other camps ending up at the Northausen Dora camp at the time of the liberation. It was there that she came upon the album in an old cupboard and recognized pictures of herself, her relatives and others from the community. In 1947 she allowed the Jewish Museum in Prague to make copies and with the money she received was able to emigrate to the United States. The album was later used as evidence in the Frankfurt Auschwitz trials and in 1980 Lili Jacob donated it Yad Vashem. 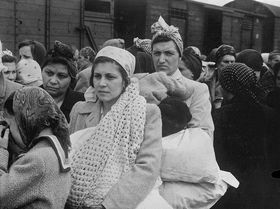 “In recent years we have witnessed many attempts to play down or deny the Holocaust. I think that an authentic document of this kind showing what the Holocaust was like is the best way to bring the message home.”

The photo exhibition at the Prague House of Photography on Revoluční street will run until September 20th. 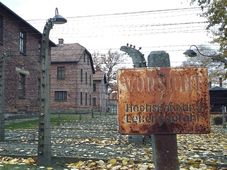 Lisa Miková: I volunteered to go to Auschwitz

Since her early childhood in the 1920s, Lisa Miková had dreamed of becoming a fashion designer. When as a student she started submitting…