A Prague City councillor, Jiří Janeček of the Civic Democrats, has come forward with a controversial plan which – if implemented – would push long-term homeless people from the city centre. His aim, Czech TV reported on Tuesday, is for the city to build a camp somewhere on the periphery that would provide shelter as well as soup twice a day for those, he said, who “respected nothing” or presented a “hygiene or security risk”. Not surprisingly, the proposal has quickly drawn criticism from charities and NGOs. 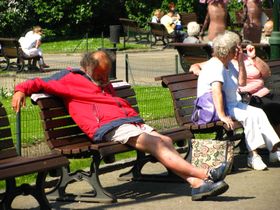 City councillor Jiří Janeček has long harboured the idea of the city building a site on the periphery that would house what he has suggested are the city’s most hardcore homeless cases, people on the edge of society who show little inclination or ability to reintegrate at least to a degree. In the past, he told Radio Prague that the city’s social programmes were overly generous and that what was needed were measures to drive the homeless out of the city. Speaking to Czech TV this week, he outlined what having a place for the homeless on the periphery – what he called a “safe oasis” - would mean:

“It would be for those who refuse to integrate: where it won’t matter if they’re drunk; where there will be soup twice a day. A place where they could feel safe.”

He also suggested, ČTK reported, some cases would be left with few other options, although their stay would not be compulsory. Not surprisingly, charities and NGOs who regularly work with the homeless reacted quickly to the proposal, calling it demeaning at best. Eduarda Heczková and her husband run a shelter for the homeless in Prague; a little earlier she told me how she viewed the highly-controversial plan:

“The whole thing strikes me as very unfortunate: it is inhumane and discriminatory and really akin to a concentration camp. Forcing people out, forcing them into one place, we’ve seen that before, haven’t we?! It starts with the homeless, where does it end?”

NGOs and activists stress that money and effort into building a site somewhere on the city outskirts would be better spent in supporting long-running programmes already in place at organisations with professional expertise and established track-records. They have long advocated, above all, individual approaches, to help those who are homeless regain at least a foothold or a part of their former lives. And although, some cases are seemingly beyond aid, pushing individuals out of the city will only hurt, not help. Eduarda Heczková once again: 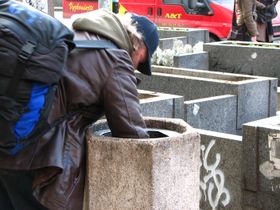 “Mr Janeček says only the worst cases would live at the place but who can say or gauge in advance that someone, who is seemingly at the end of the line, might not still change through proper help?”

For now, it appears improbable a site on the outskirts for the homeless could gain broad support or traction among politicians; nevertheless, the councillor is expected to raise the issue at a city hall meeting in two week’s time.