Relics from the 14th century and copies of the Czech crown jewels will go on display in Moscow during an upcoming visit by Czech President Miloš Zeman. 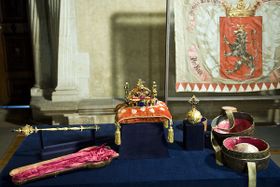 Czech crown jewels, photo: Filip Jandourek It is not often that one sees an exhibition of such rare treasures from Prague Castle abroad. In this case, they will be exhibited at the State Historical Museum located on Russia’s Red Square. Visitors will, for example, be able to view St. John's reliquary, a bronze candlestick from the 12th century, or a Renaissance kettle.

More than 120 items will go on display, says Marek A. Havlíček, Director of the Czech Centre in Prague:

"There are about 126 exhibits that come mostly from Prague Castle’s collection. But some of them have lent by the metropolitan chapter of St. Vitus’ Cathedral."

The exhibition will highlight the development of the Prague Castle complex which overlooks the capital, from the time of the Přemyslid dynasty to the First Republic which followed the founding of Czechoslovakia. 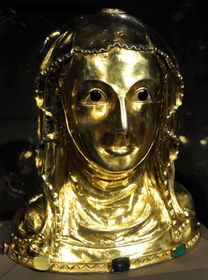 The exhibition is reciprocal of a past show of rare items which belonged to the Russian Imperial Romanov family, which was held at Prague Castle in 2011. That exhibition attracted some 75,000 visitors.

According to Havlíček, St. Ludmila’s reliquary will also be a big attraction for believers as the saint is revered by Christians not only in the Czech Republic but also in Russia.

"Older Czech saints are worshiped by both the Catholic and Russian Orthodox churches. There is a church in Moscow dedicated to St. Ludmila and on her name day special services are held and are a big attraction for believers.”

At the Czech Center in Moscow, there will be an accompanying program to the exhibition-special lectures or concerts. 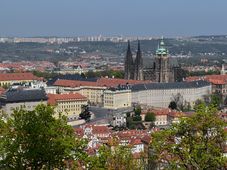