A Czech Radio reporter and colleague from the Los Angeles Times in a joint interview have helped uncover evidence which could prove crucial in the current trial of John Demjanjuk, a man accused of involvement in Nazi death camp crimes. The evidence – the testimony of a witness – could help pin Demjanjuk down as a guard who participated in the murder of thousands of Jews at an infamous Polish camp.

“I remember him as a guard, I saw him before he took a group of detainees to work in the woods.”

Those words from death camp survivor Alexsei Weizen recorded by Czech Radio’s Moscow correspondent, Lenka Kabrhelová, in a joint interview with a colleague from the Los Angeles Times, could prove crucial in the ongoing trial in Germany of an alleged guard at the Nazi death camp of Sobibor during World War II. 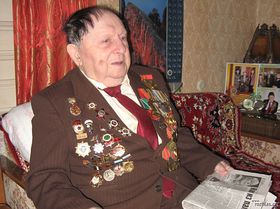 Alexsei Weizen, photo: Lenka Kabrhelová Eighty-nine year old John Demjanjuk is currently on trial in Munich accused of taking part in the killing of almost 28,000 Jews at the camp as a former Red Army prisoner recruited by the Nazis as a camp guard. Demjanjuk denies being at the camp at all.

“So far in the trial there are obviously witnesses who were from Sobibor but none of these have directly seen Demjanjuk in Sobibor. So it could be potentially very important testimony. Obviously if it is proven to be correct and right. Of course, Alexsei Weizen is an old man. He is frail and ill, so it has to be checked and it definitely has to be verified. But it is up to the German prosecution office what they decide to do with the case”

The office in Germany probing Nazi era crimes had no knowledge before of Mr Weizen and had not listed him as a witness.

Kabrhelová says 87-year-old Weizen has clear memories of his time in the Polish camp, where he spent a year before being part of a break-out in 1943. Although he could not recognise Demjanjuk from contemporary photographs, he had no trouble when presented with a photograph of him from the 1940’s.

She describes how she was put on Weizen’s trail and his flat around 200 kilometres south-east of Moscow. 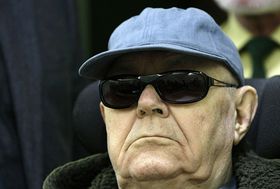 John Demjanjuk’s trail has attracted international coverage. One reason is that he was already sentenced to death in 1988 by an Israeli court. He was then found guilty of being an infamous concentration camp guard dubbed “Ivan the Terrible.” But that sentence was later quashed.

Demjanjuk ― who was extradited from the United States where he settled after the war ― is now in what looks like being the last big Nazi atrocity trial. His family and supporters argue he is too old and ill to be tried.

Prosecutors in Munich are now in possession of the new details and must decide how to proceed.