The police are pushing for a ban on the sale of alcohol over the internet in the Czech Republic, which last year saw dozens of deaths caused by illegally produced spirits. As greater emphasis is placed on the provenance of booze, officers say stocks of alcohol sold online are very hard to police. For their part, retailers say such a ban could cost them huge sums of money. 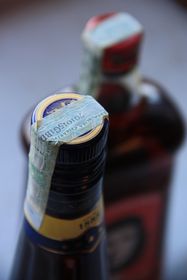 Photo: Barbora Kmentová According to industry figures, around 10 million bottles of spirits are sold via the internet in the Czech Republic every year. That accounts for in the region of 10 percent of the entire market.

Now, however, the news website Aktualne.cz has reported that the police are pushing for the Ministry of Health to amend the law so as to make all such web sales a thing of the past.

Reporter Radek Nohl broke the story on Wednesday. He says that – unlike in the case of spirits held by bricks and mortar retailers – officers currently find it a major challenge to police the warehouses of online sellers.

“The situation is very difficult for the Police Presidium. The deputy president of the police, Václav Kučera, commented on the situation by saying that, de facto, these alcohol warehouses are almost invisible.”

Vigilance with regard to the provenance of spirits in the Czech Republic has increased after a wave of deaths linked to bootleg booze containing poisonous methanol began last summer.

The health crisis even led to a nearly two-week ban on the sale of all spirits that made international headlines. In total more than 40 people died, while others suffered severe problems, such as blindness.

Nevertheless, web sales were not the main focus of the police’s attempts to deal with the emergency, says Nohl. 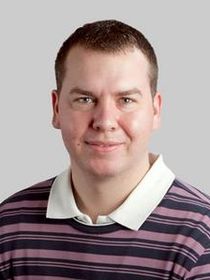 Radek Nohl, photo: archive of Radek Nohl “At the time of that scandal, adulterated alcohol was being sold by one online retailer. But luckily an investigation uncovered the person behind it and the alcohol was subsequently found.”

Given the market share of online sales – which an industry body says are usually of high-end products – retailers say a ban would hit them hard and are resisting the police’s plan. Distillers alone could apparently take a hit of a billion crowns.

Another reason the police want the ban is to prevent minors taking advantage of the relative anonymity of the online world. Radek Nohl:

“The preventative measures are weak. That was proven by a recent survey which found that the overwhelming majority of internet shops sold alcohol to children. All they had to do was to say they were over 18.”

The police want their proposals to be added to a Health Ministry bill aimed at fostering lower rates of drinking and smoking; their plan also includes a provision for a ban on online cigarette sales.

The Czech Republic has been for years considered one of Europe’s leading countries in terms of alcohol consumption per capita. But…