The majority of the methamphetamine seized by the Czech police last year was produced by Vietnamese crime gangs. Indeed, almost 70 percent of the illegal drug impounded last year was Vietnamese- produced. Police say cultural differences and the language barrier make it harder to combat these activities. 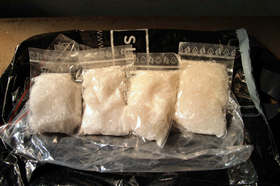 Methamphetamine, photo: archive of Czech Police The Vietnamese comprise the third largest ethnic minority in the Czech Republic. They numbered more than 80,000 in the country’s last census in 2011, up from less than 18,000 in the previous one a decade earlier.

While members of the community were frequently stallholders in the 1990s, today many run shops and the younger generation are becoming university educated.

But another area in which Vietnamese have made their presence felt in the Czech Republic in recent years has been in the production of illegal drugs.

The police’s National Anti-Drug Headquarters says that nearly 70 percent of the more than 100 kilogrammes of methamphetamine seized in 2018 was produced by organised Vietnamese gangs.

Jakub Frydrych is the agency’s head. He outlines the reasons these criminals have focused on the production of methamphetamine, which is known in the Czech Republic under the name pervitin.

“It has developed over the years. In around 2009 the Vietnamese made huge inroads in the mass production of cannabis on our territory. That output was in the main intended for export, in particular to western and northern Europe. They then moved into the mass production of methamphetamine – once again for export. The reason is undoubtedly economic efficacy, and the high demand for the drug in western Europe.”

The Vietnamese community in the Czech Republic is largely closed to outsiders and uncovering criminals from that milieu poses a challenge to the police, Mr. Frydrych told Czech Radio on Thursday. 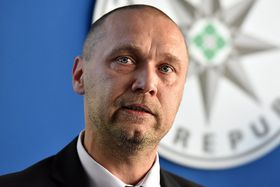 Jakub Frydrych, photo: Filip Jandourek / Czech Radio “The Vietnamese community has different values. It has relatively high distrust toward official structures and a highly collective approach. This means that the community’s internal cohesion – and I’m not just talking about criminal activities – is relatively high. There is a tendency toward constructing their own systems, beyond the official framework. That’s how it differs.”

The language barrier is a major obstacle to uncovering Vietnamese crime groups through the use of traditional methods such as wiretaps, says the police’s drugs chief.

“They very often use a kind of quasi-language, or using some kind of pre-arranged expressions. Or, as is common with Asians, they use allegories or analogies. Therefore it’s necessary to be familiar with the context. We have to work really hard at understanding the context, in order to avoid being misled.”

Mr. Frydrych also says it is difficult for detectives to employ reliable translators in sufficient numbers to help combat this field of criminal activity.