Jan Sibik is perhaps the Czech Republic's best known photo-journalist. In two decades he has undertaken over 200 assignments around the world, covering everything from the genocide in Rwanda to the devastation wreaked on Sri Lanka by the 2005 tsunami. The photographer has a new exhibition on at the moment in Prague, with the focus this time on the women of Kibera in the Kenyan capital Nairobi, one of the biggest and poorest slums in Africa.

"There are 900,000 people living there, though perhaps existing is a better word. They live in shacks made from tin, cardboard, plywood. Most of the women there are HIV positive - they have AIDS - and they are prostitutes. They aren't prostitutes by choice...their husbands treat them brutally and often rape their children. The husbands often leave and, to feed their children, the women have to turn to prostitution, for other slum dwellers. They get paid a dollar or less. They become infected, and now they're dying."

And the problem is, if anything, getting worse, says the Czech photographer.

"There are always new prostitutes, because more and more husbands abandon their wives. Those women who are infected but can still get about look after those who are no longer able to walk. And it is the latter women who I photographed."

Photo-journalist Jan Sibik has seen more horror than most of us could ever imagine in our worst nightmares, including the aftermaths of massacres in Liberia and Sierra Leone. However, experience has not made him immune to immense human suffering, and he is hoping his pictures can in some way help the women they portray.

"It was terrible, awful - depressing. That's why we've decided to organise a humanitarian drive, For Africa. We're trying to raise money for those children who are HIV positive but are still able-bodied. We want to buy them school uniforms, food - basic essentials. The problem is that few people here are interested in Africa - 'it's far away'."

Given that people may not be interested, can the photographer and the For Africa collection do anything concrete to help the women of the slums of Kibera?

"It'll be difficult. And the only way to do it is to get the attention of the media. It's good so many media organisations have come to the opening today. The only way to solve any problem like this is to get it into the media. We're trying to raise money too, so we've set up a special account. People can also put money in these collection boxes here at the exhibition."

Jan Sibik's exhibition Women of Kibera is on at Prague's Café Louvre until June 23. 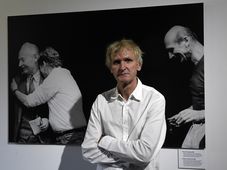 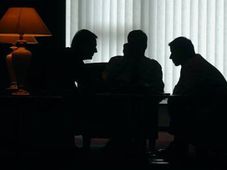 An exhibition of the best works of Czech press photography opened on Friday at Prague's Old Town Hall. Czech Press Photo, the domestic… 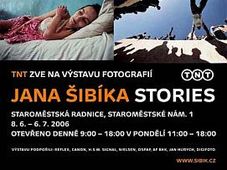 Jan Sibik has long been considered one of the Czech Republic's most important photojournalists, a photographer who has worked in some…