Tuesday marks the 30th anniversary of the death of Jan Patocka. Patocka is regarded as one of the most important central European philosophers of the 20th century. But he is perhaps better known today as a moral and intellectual authority behind the Charter 77 protest movement - and the signatory who paid the most dearly, with his life. 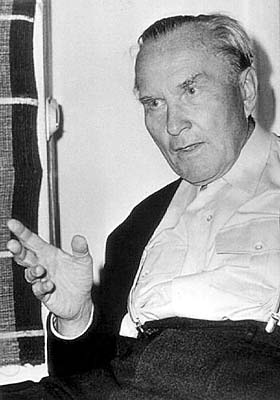 Jan Patocka, photo: CTK Philosopher Jan Patocka did not like the music of the underground rock band Plastic People of the Universe. But when they were imprisoned in 1976 he joined Vaclav Havel and other intellectuals in signing the Charter 77 document, which called on the Communist authorities to respect human rights.

After lengthy interrogations by the StB secret police, Jan Patocka, who was 69, died of a heart attack on March 13, 1977.

Speaking on Czech Television on the anniversary of the philosopher's death, Vaclav Havel outlined Patocka's importance to the dissident movement.

"Charter 77 and everything that followed, the whole of our opposition movement which gave rise to the so-called Velvet Revolution and Civic Forum, was very significantly influenced by the spiritual foundations and ethos of Professor Patocka. He died very soon after the foundation of Charter 77, but the 'radiation' of his personality lived on within it." 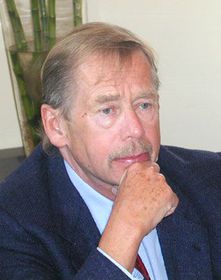 "We were both being interrogated and they left us together in a waiting room during a break at noon - they probably wanted to listen to what we had to say to one another. We talked about life and death and such things. They then took us for further interrogation and that's the last time I saw him. They kept me there and let him go, so I was there when he died. So it's a very strange memory of our last meeting."

The philosopher, said to have been a reserved and polite man, would have been into his 80s by the time of the Velvet Revolution which he helped inspire. Vaclav Havel - who of course became president - says he does not believe Jan Patocka would have entered politics, had he lived.

"I can imagine him in an academic position, such as university rector or president. That was his world, the environment in which he spent his life. He really was a great teacher. Generations of thinkers and philosophers have aligned themselves with his thinking. That's connected with the magic of his personality, and his ability to think aloud, his speaking abilities." 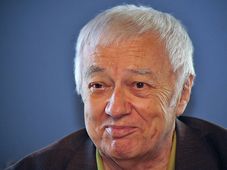