The expulsion of ethnic Germans from Czechoslovakia after World War II remains a live issue, with calls from Sudeten Germans for the return of their property regularly dismissed by Czech politicians; they say the expulsions were legal and demands for compensation have no validity. But now the Czech prime minister, Jiri Paroubek, is planning to make a gesture towards the Sudeten Germans - or at least the minority who actively resisted the Nazis. 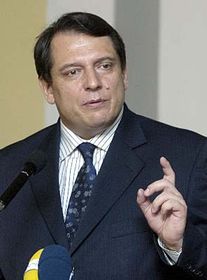 Prime minister Jiri Paroubek, photo: CTK As yet Mr Paroubek has revealed few details about his planned "conciliatory gesture" towards what are being called "anti-fascist" Sudeten Germans. But he says he will put the issue to the cabinet in a few weeks' time, after broad consultations with the coalition partners, the opposition - and his Slovak counterpart, Mikulas Dzurinda.

The two leaders are expected to discuss the issue at a meeting of Visegrad Four prime ministers in Budapest on Wednesday evening. Mr Paroubek says he does not want to upset other countries in the region like Slovakia and Poland as regards their position on post-war expulsions; they also forced out minorities after the war.

On Thursday the Czech PM will be in Vienna, where he says he will also discuss the matter with the Austrian leader, Wolfgang Schussel.

It's not the first time this kind of gesture has been suggested: the idea was mooted when Vladimir Spidla was prime minister, but went nowhere. Then, deputy prime minister Petr Mares called for Germans who were not expelled - ie those who had not taken German citizenship during the occupation - to be compensated.

But Mr Mares was the leader of the Freedom Union, the smallest party in the coalition, and unpopular with many Social Democrats. Analysts say the fact that the latter's saviour Jiri Paroubek is now pushing the gesture gives it a much greater chance of succeeding. 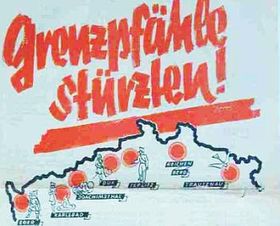 The idea has met with some criticism. For instance, Jan Zahradil of the Civic Democrats says Mr Paroubek is being extremely irresponsible in breaking an unspoken rule of Czech politics: not to reopen issues connected with the Second World War.

Whether or not the plan becomes reality the proposed gesture would be largely symbolic, if the previous plan is anything to go by. Two years ago Mr Mares proposed compensation of some 50,000 Czech crowns (around 2,000 US dollars) per person.

And the number of potential recipients is also low: some reports suggest only a few hundred people would be eligible, while the prime minister himself has spoken of a few dozen.