Jan Wiener, a hero of World War II, has died in Prague at the age of 90. Mr Wiener fought with Britain’s RAF before, like many of his peers, being imprisoned by the Communists after the war. Charismatic and a wonderful storyteller, he had in recent times been sharing his remarkable experiences with today’s young generation. 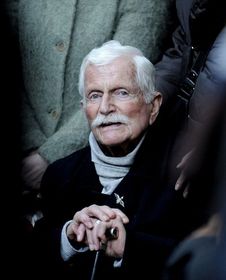 Jan Wiener, photo: CTK Jan Wiener was born in Hamburg but moved with his Jewish family to Prague at a young age. Keen to fight the Nazis, he left the city at 19 and, after a series of gruesome experiences and daring escapes, eventually made it to the UK. There he joined the Czechoslovak 311th Bomber Squadron, flying many missions over occupied Europe.

Speaking to Radio Prague in 2002, the still-dashing Wiener told the gripping story of how after the war he had set out to kill a Czech collaborator named Havran who had treated him abominably in 1939. The man, an official checking Wiener’s belongings on his departure from Prague, had told him he wouldn’t need four pairs of shoes: as a Jew he wouldn’t have time to wear out even one. Six years later they met again.

“I said, do you recognise me? And he said, I don’t seem to have the honour. I said, Havran, I will refresh your memory, listen carefully.

“I went through the list as I remembered it, and when I came to the shoes I said, now you have to pay special attention. I said, four pairs of shoes, Jew, you won’t have time to wear out one. And you know what, Havran, I wore out six. And I’ve come to kill you.

“I took him by his lapels towards me. His face was right in my face, sweating. His upper lip had a little moustache, which was quivering. Out of fear he had lost his voice. Then he kind of croaked, he said, please don’t, I have family. 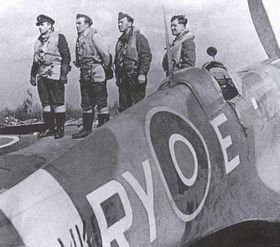 “That for me was like in the theatre when the curtain goes up…What are you doing here? What are you about to do? You’re going to kill a man who cannot defend himself, in cold blood. You cannot do that.

“I hit him very hard with a right cross. Then I went away, and on the staircase I had a wave of enormous happiness, that I had not done it. That was the moment when World War II ended for me.”

When the Communists came to power Jan Wiener was sent to a labour camp, considered, like a lot of airmen who had fought in the West, an “enemy of the state”. He was released after five years and eventually emigrated to the US in the 1960s.

Wiener returned to his homeland following the Velvet Revolution and was active in Civic Forum. In recent years he had taught history, and shared his experiences with secondary school students as part of a project aimed at educating the young generation about the crimes of communism.

As well as being a great raconteur, he had been an accomplished boxer, and a documentary about him was simply called Fighter. Was that a reputation he felt proud of? 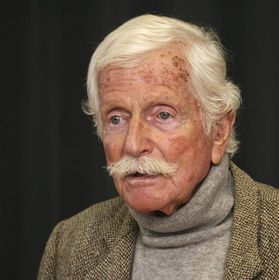 Jan Wiener, photo: CTK “I must tell you that I do. I think there are moments in life where you have to make a stand. In those times that I grew up with the Nazis, and the Cold War in the ‘50s, it was very risky. But I did. 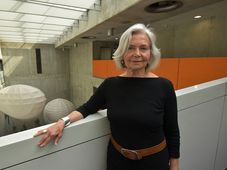 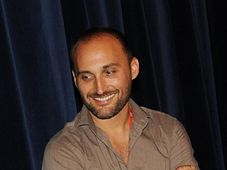 It's just a few weeks now before November 17th, the seventeenth anniversary of the beginning of the Velvet Revolution, when peaceful…