Not just classical music at the Music Festival in Cesky Krumlov

The south Bohemian town of Cesky Krumlov has an unusually well preserved and beautiful centre, and is one of the most visited spots in the Czech Republic. Cesky Krumlov is currently hosting its annual International Music Festival, which is taking place in almost a dozen different venues, including the gardens of the town's chateau. Martin Mikule spoke to the festival's artistic director Zbynek Mikulas.

"The International Music Festival Cesky Krumlov is focused to classical music but we are taking trips also to other kinds of music like folk, jazz and this year even to rock music. This year the festival consists of 26 concerts."

You have already had the Israeli violoncellist Mischa Maiski performing at the opening concert in early July. Can you mention some other well known musicians who will play at the festival?

"I think Mischa Maisky was the main star but there are many other performers who are equally good though they do not have such a name. For example the piano player Ivan Moravec, guitar player Stepan Rak or Daleen Kruger who is an organ player from South Africa."

I have noticed there is not only classical music in the program. There was a concert of the Czech folk band Spiritual Kvintet last week and in August you are even featuring the Slovak rock band Elan. How do these concerts fit into the whole program scheme?

"Well, we want to hear good music at the festival. For example at this moment another star of the festival Mr. Maynard Fergusson is boarding his plane because on Saturday he is also performing in Cesky Krumlov. This is another kind of music - jazz."

Can you please say something more about the concerts that you are going to have in the coming days?

"We are looking forward to see Martinu String Quartet and the flutist Robert Stallman. They have already played during the festival. Especially three years ago when there were floods in the Czech Republic and in Cesky Krumlov, both of them, and especially Robert Stallman contributed to the account of the destroyed town. Robber Stallman is an American flutist. Together with his colleague Jean Pierre Rampal is trying to enrich flute chamber music repertoire in his own transcriptions. And one of them - the Mozart's Quartet - will be heard at the concert." 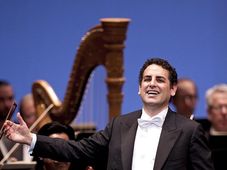 The annual International Festival of Music gets under way on Friday in the picturesque south Bohemian town of Český Krumlov. Over the… 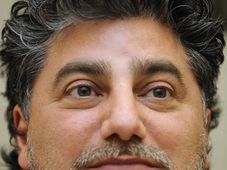 The Argentinean singer Jose Cura is one of the biggest stars of contemporary opera, known for his powerful and distinctive interpretations of… 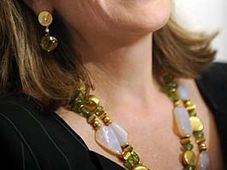 Opera star Renée Fleming discusses her Czech roots, singing in the language, and a planned duet with Lou Reed in Prague in November

The high point of this year’s Český Krumlov International Music Festival will surely be Saturday’s performance by Renée Fleming, whose programme…