A new public perceptions survey by the Public Opinion Research Centre (CVVM), conducted on the 25th anniversary of the Velvet Revolution, has revealed that around a sixth of Czechs still long for a return to communism, while they are equally split on whether their country’s current politics is moving the country forward. 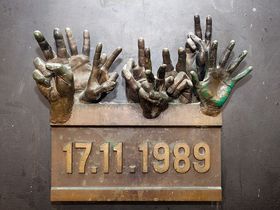 Photo: Tomáš Adamec It’s an almost even split, but surprisingly for a country in which cynicism often rules, a plurality of Czechs are happy with the current political situation in the Czech Republic – 48 percent, to 47 percent dissatisfied. So says a major new study conducted by the Public Opinion Research Centre in conjunction with four post-communist Central European countries, namely Slovakia, Poland and Hungary. Among the findings are that 17 percent of Czechs would like to see a return to communism – up five percent on a 2004 study – with 77 percent decidedly against that idea. Overall, 61 percent of Czechs viewed the Velvet Revolution as a positive development. In Slovakia, only 58 percent of citizens viewed ending of communism in the same light. Paulina Tabery, photo: archive of Academy of Sciences “Perceptions regarding the Velvet Revolution are comparable to how people view the First Republic, which has in the past come in first or second in terms of the most positive events the country has experienced. The fact that three-fifths of people view the Velvet Revolution positively means that it has become a kind of star event in Czech history similar to the creation of Czechoslovakia.”

The study also found that the elderly in particular are a largely dissatisfied group in the Czech Republic, viewing negatively both the political and economic development of the country. Interestingly, the study also found that those of a right-of-centre political inclination were more satisfied with the direction of the country than those of a left-of-centre inclination.

Tabery spoke of the decidedly mixed response by Czechs to issues of the ability of the state to take care of its citizens:

“Social certainties, the safety of citizens, or work opportunities, were all viewed very critically. So overall people see that in a democratic system the package of social certainties is viewed as in some way being problematic.” 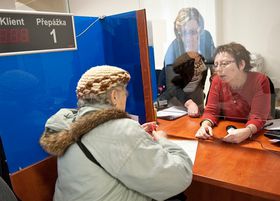 Photo: Filip Jandourek Overall, the study found that only 14 percent of Czechs are satisfied with the economic situation of the country, while in Poland the number was the highest of the countries surveyed, with 25 percent satisfied. Only 8 percent of Hungarians were happy with the economic state of their country. The surveys also went into detail on public perceptions related to issues such as material goods, values and hope for the future. In the Czech Republic, the CVVM study found that two-fifths of Czechs viewed their own material situations as either good or very good, although the elderly and unemployed did not, as a majority, share this view.