The Czech capital boasts many historical monuments but few of its residents realize it is also home to the world’s last preserved pneumatic post. Using simple laws of physics, messages and small parcels were shipped though the system of pipes until the network was severely damaged by the 2002 floods. But now, 125 years since the Prague pneumatic post was first launched, a Czech businessman promises to bring it back. 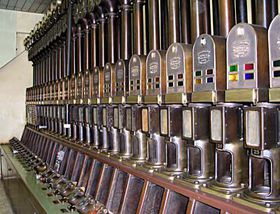 The internet of the 19th century – a network of underground tubes – ran between the city’s major post offices, government offices, banks and other important institutions allowing them to quickly exchange information.

The first line of Prague’s pneumatic post opened in August 1887 but its heyday came half a century later when the network consisted of 55 kilometres of metal pipes. The system remained in operation until Prague was hit by severe flooding in the summer of 2002. Its owner, Telefonica, lacked the funds and perhaps the will to fix it so the firm recently sold the whole system to a Czech software entrepreneur, Zdeněk Dražil.

“We are the last in the whole world to have such beauty. One of the last remaining systems was destroyed in Budapest in 1992. So I said to myself that I would do something to save such a unique monument and I bought it. Now, we are working to have it listed as a national technical monument and open it up to the public.”

The system is based on the principles of hydraulic pressure. When a capsule is inserted at one end, a special blower would move it through the pipe to a distance of up to three kilometres. For longer stretches, the machine at the other end would suck the capsule in. In the 1990s, some 9,000 capsules were exchanged each month between the various terminals of the system which so enchanted Mr Dražil. 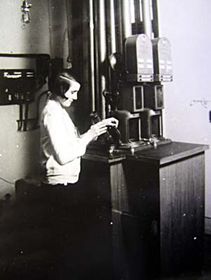 “The system, based on absolutely trivial principles, carried not only data but also small objects. There are stories about the employees sending each other a sausage in one capsule and rolls in another. When they wanted to scare the ladies operating the system, they would put a mouse in the capsule.”

Details of the transaction were not disclosed but it will probably be much more expensive to bring the pneumatic post back to life. Experts put the cost of resuming operation in the area of “millions of crowns”. Mr Dražil says that some of the pneumatic post’s terminals – such as the one at Prague Castle – could become new attractions for people who share his enthusiasm. 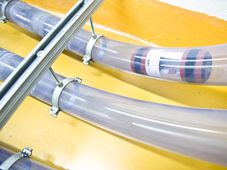