For 20 years there was only one route for world class Czech ice hockey players – west. But since the creation of the Continental Hockey League in Russia 4 years ago, this once clear system is being ever more distorted. Increasing numbers of European and even American stars now decide to head east rather than into the NHL and it is not only players that seem to be flocking to the Eurasian league, but teams as well. Most recently the first Czech club to join was HC Lev Praha. Sparta Prague - HC Lev Praha, photo: CTK The project is not only a risky financial undertaking, but physically it may prove challenging as well. With teams casually having to travel more than a 1000 miles to play their next game. On the other hand, the attractiveness of watching games between teams from the second best league in the world and its situation in the Czech capital gives HC Lev Praha a chance to become one of the most popular teams in Bohemia. I asked to the club‘s manager Normunds Sejejs what were the other reasons for founding a Czech KHL team:

“The Czech Republic has many great players who play everywhere around the world. Many play in the KHL league and so why not build a new Czech team so they can play at home.” 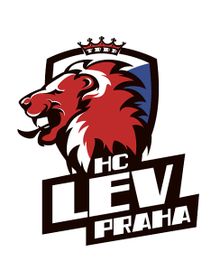 The club has established its base in Prague’s second largest stadium – the 13000 seat Tipsport arena in Holešovice, which it will share with its long time occupiers Sparta Prague. The team is still in its early stages, the players having had their first training just a couple of weeks ago, but already HC Lev has beaten two Czech league clubs in friendlies and has managed to amass a cadre of considerable strength, featuring a number of former NHL players and KHL stars, along with 6 Czech national team players. I asked Sejejs how Lev Praha planned to attract new fans:

“The hockey itself is no longer enough you must try to make some kind of show for the people. Simple hockey is not enough. You need a show around it like the NHL.”

Among the NHL expatriates, there is also a number of Canadian players. After the teams training I questioned one of them, Paul Szczechura what its like to play in a completely new team: 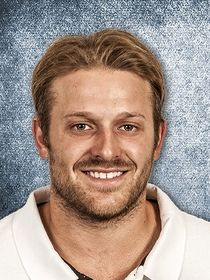 Paul Szczechura, photo: HC Lev Praha “Its going to take a little time to get used to everybody. I am still trying to figure everything out. Get used to the players, the locker room, everything like that. It is going to take some time but we are professionals and we are going to make it work.”

The club will play in the western – Bobrov division, the culturally most varied group in the KHL, which features teams from the Ukraine, Latvia, Slovakia and of course Russia. Playing its first game against Dynamo Riga on the 6th of September. It will certainly be interesting to see how the project develops and if other Czech teams will follow suit in the future. In any case credit must be given to the brave gamble that HC Lev’s owners have decided to undertake. 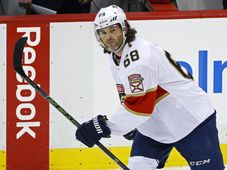 Czech ice hockey legend Jaromír Jágr is, to put it bluntly, at the moment out of work. The 45-year-old is a free agent after Florida…