Since the fall of communism the Czech Republic has undergone a complete transformation towards a capitalist economy, visible everywhere from the revitalization of Skoda to the appearance of department stores like Tesco in Prague and Brno. But how is this transition comparable to the economic developments of the past? A new exhibition at Prague's National Museum of Agriculture is hoping to provide visitors with some answers, and to show how trade developed throughout the history of the Czech lands: from humble beginnings to the state of trade today.

The exhibition is called 'Kupujeme - Prodavame', meaning 'We buy - we sell'. The aim is to acquaint visitors with the nature of commerce in the course of various historical periods, from the time of the first exchange of goods, through the rise and development of the first towns in the early Middle Ages. Also examined are the beginnings of international trade and its influence on local market places up to the development of small businesses and the rise of guilds, trusts and eventually unions. I spoke to the museum's curator, Dr Roman Bortel:

One of the highlights of the exhibition is a reconstruction of a turn of the century sweet shop, recapturing the atmosphere of such shops in the past. Even classic "haslerky" are on offer. These well-liked sweets, today owned by confectionary giant Nestle, began life in the Czech Republic in the early 1900s. Like Skoda, one of the best known Czech brands, they are no longer Czech controlled, but the exhibition serves as a reminder of the origins of the commodities we take for granted today.

Other interactive features make the exhibition extremely child-friendly. A complementary exhibition allows children the opportunity to experience what it is really like behind the wheel of a tractor, albeit in a computer game, one which is also suitable for adults. It's then often a great task to stop people from touching the actual machines nearby - although admittedly nobody has attempted to hotwire one - yet.

At the museum there is also an exhibition, set to run till November, on the history and agriculture of the "foresty" Sumava region in south-west Bohemia, one of the attractions there is a stuffed and preserved carcass of the last bear ever to be shot in the Czech lands. Curator Roman Bortel again:

"I think that the national museum of agriculture has something to say especially today, due to the sheer decline in farming. I think this is in contrast to the first republic when there were many people involved in agriculture, whilst now it is only a small percentage. There is an importance for people today to once again remember, so that they can see how this society functioned. They should be aware that social and psychological perception is fleeting. In modern times we see a boom in the evolution of supermarkets and car parks, but they can cover old archeological sites. Everything is connected."

'We buy - we sell' launches this week and will run until the beginning of November. www.nzm.cz 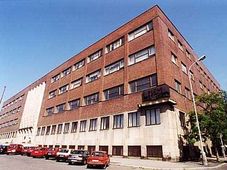 Located in the Letná neighborhood of Prague, the National Museum of Agriculture seeks to bring a slice of country life into the Czech… 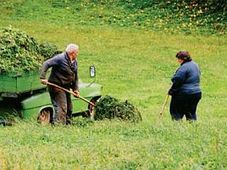