Many capital cities are famed for their café culture, and Prague is no exception. At the turn of the twentieth century, writers like Karel Čapek and Franz Kafka would meet with artists, academics and politicians in the Czech capital’s cafes to expound their ideas over a cup of coffee - and maybe the smallest snifter of absinthe. Now a new exhibition called ‘Prague’s Coffeehouses and their World’ takes a look at the golden age of the city’s cafes, and attempts to recreate some of the magic such coffeehouses were said to have had at the turn of the 20th century.

For many, no trip to Prague is complete without a visit to one of the city’s opulent old cafés. I’m sitting right now in the capital’s Café Louvre, an airy, expansive coffeehouse and billiard hall, which has been serving up its coffee to the likes of Franz Kafka and Albert Einstein since 1902.

The Café Louvre was built during the heyday of Prague café society – at the turn of the 20th century. At the time, the Louvre would have been up against around 150 other such cafés all vying to pull in the crowds.

Today, there are only a handful of these grand old cafés left, but a new exhibition at The Museum of the City of Prague aims to evoke the coffeehouse’s golden age in the first half of the 20th century, and shed new light on the few such establishments which remain. Dominik Hrodek is one of the exhibition’s organizers:

“These coffeehouses were designed very often in the Viennese style. The more open-plan ones were perhaps more in the style of Paris or Berlin. We have tried to provide an insight into this world through the relatively large collection of photos we have – and which are displayed over there. As well, we have made a sort of window on to a typical café of the time. Over there, you can see two tables which originally belonged to the coffeehouse in Nusle.”

On show at the exhibition are old menus from the capital’s coffeehouses at the height of their popularity. There are adverts, enticing people to drink this brand of beverage or that. And there is a reconstruction of a coffeehouse dating from the period, which has been thought about down to the smallest detail:

“On the table there you can see two glasses of water. This is because we discovered in our research that it was normal at the time for anyone who ordered coffee to get two glasses of water with their drink. This water was for free and meant that the drinker could really draw out his or her time in the café, while only paying for one coffee. A lot of cafes weren’t very happy with this; they saw it as a big waste of water and a rather expensive state of affairs. But that’s just how it was at the time.”

‘Prague’s Coffeehouses and their World’ offers the visitor all sorts of interactive experiences, not least the chance to have your own cup of coffee served by a waiter in period costume. The exhibition runs until the end of August at the Museum of the City of Prague – pay it a visit when you are in need of a shot of culture… and espresso. 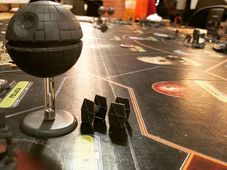 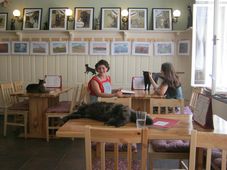 Situated in Prague’s Žižkov district, the Kočičí Kavárna Freya (or Kočkafé) is a cat café, which opened back in 2014, and was the first… 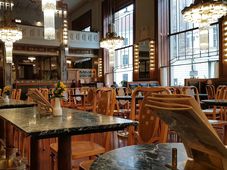 Prague’s Municipal House is one of the gems of the city’s rich Art Nouveau architectural history. And the complex’s café is one of…