New CzechTourism campaign invites visitors to create their own stories

The national tourism agency CzechTourism has launched a new advertising campaign branding the Czech Republic as a ‘land of stories’, using experiences famous figures such as Goethe, Einstein, Apollinaire and Peter the Great had in the country to attract visitors from abroad. The new campaign invites potential tourists to make the Czech Republic the place for their own stories just as famous figures from their countries have done before them. Maggie Lund caught up with Leon Sverdlin, creative director of the advertising company Mark BBDO, whom CzechTourism commissioned to produce the campaign, and asked him what image of the Czech Republic they wanted to get across. 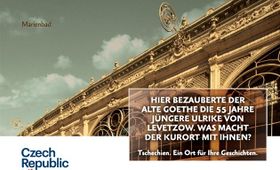 “Basically, the concept of the campaign is ‘Czech Republic – the land of stories’ and that’s the way in which we’d like to differentiate from other countries in the region, because if you look at Czech history it really is full of interesting and amazing stories and that’s what we’re trying to communicate.”

And is that very different from other CzechTourism campaigns that have been in the past?

“Yes I think it is; CzechTourism campaigns were usually just pictures of pretty places inviting people to come and have a look. I think this campaign goes deeper and it’s more emotional, because I think stories are a very emotional thing that people can relate to. And also, it’s targeting slightly more sophisticated and slightly more well-to-do people that are really interested in going a bit deeper, who, when they go and visit a place, would like to know a bit more than just seeing the obvious tourist sites.” 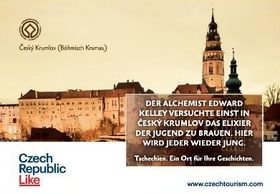 Is there a reason why CzechTourism has commissioned this campaign now, in 2012?

“I think that the competition is getting tougher, partially because of the economic crisis, I think there is more competition to attract those tourists who have money to spend, so I think it’s basically a greater need to stand out.”

What countries it the campaign targeting in particular? The campaign is tailored to each country, is that right?

“It will run in Germany, France, Russia and I think Italy and the UK. Yes, that’s the way we’re working with the motto ‘Czech Republic – land of stories’. What we’ve done is we’ve chosen stories that are relevant to that country, so for Germany we have a story about Goethe, for Russia it’s Peter the Great, for Italy it’s Casanova. And we’re now preparing a second stage that will go even further. We really want to get into the new markets of Japan, Latin America and China.” 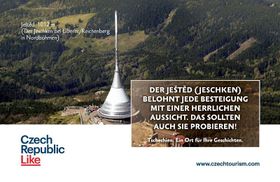 And what platform does the campaign work on? It is just posters, or are you using other media?

“The main part of the campaign is a website, because these days every decision is basically made online, and the website is then also helpful when people are trying to find accommodation or find out more. But to get people to the website we’re using classical print materials at the moment.”

In you experience, how long does it typically take for a campaign like this to see some results?

“I think we should know now in maybe six months or so. It’s really a case of giving people time to see the campaign. The problem is basically to put the Czech Republic mentally on the list, because at the moment for many people it’s just not there. They’ll think of all the obvious places to go, so our first task is to get people to consider us at all, and then obviously to find out more and maybe get interested, so I think probably in six months we will know.” 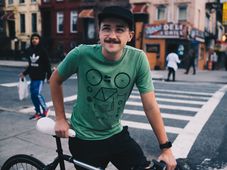 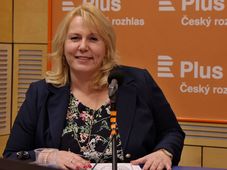 Even before the police have concluded an investigation into the Stork’s Nest Affair, in which the prime minister is suspected of EU…