Two months after the country’s general elections the Czech Republic looks set to get a new government. The Social Democrats, ANO and the Christian Democratic Party are poised to sign a coalition deal on a centre-left administration headed by the Social Democrat leader, Bohuslav Sobotka. 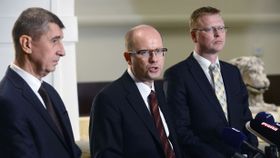 Andrej Babiš, Bohuslav Sobotka, Pavel Bělobrádek, photo: ČT24 It has not been an easy two months for the man slated to be the country’s next prime minister. In the wake of his party’s Pyrrhic victory in October’s general elections –the worst result in the party’s modern history - Bohuslav Sobotka had to fight off a rebellion within his own party ranks. He survived, turning the tables on those who wanted to oust him, and entered into coalition talks with newcomer ANO, led by business magnate Andrej Babiš and the Christian Democrats, two parties which capitalized on the public’s discontent with Czech politics.

His party’s lackluster performance in the elections meant that compromise would be the name of the game in striking a deal with his two potential partners in government –and both played their cards to their best advantage. ANO won a big concession in getting the Social Democrats to abandon their plans to raise taxes, at least until 2015, and the Christian Democrats demanded and eventually got the agriculture ministry, much against the two stronger parties’ wishes, after threatening to walk out of the coalition if they were thwarted. Bohuslav Sobotka, photo: CTK At the weekend the three parties were able to announce that they had a deal – both on a joint policy program, which was agreed earlier, and on the more thorny issue of the division of ministerial posts.

Bohuslav Sobotka said his own party’s nominations would be unveiled soon and he hinted at the last potential hurdle in the process.

“Our candidates for ministers will be fully qualified to deal with whatever portfolio they have been assigned. I do not think that the president will have any reason to voice reservations to the cabinet line-up.” 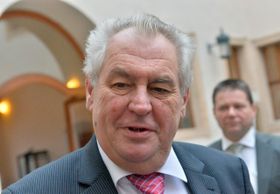 Miloš Zeman, photo: CTK The problem is that President Miloš Zeman has already voiced reservations with regard to at least one confirmed nominee – ANO’s candidate for defense minister Martin Stropnický, and he has made it clear he would not appoint Lubomir Zaorálek to the post of foreign minister if that candidacy is confirmed, which seems highly likely. The president even asked the Institute of State and Law of the Academy of Sciences to produce a legal study on his powers within the boundaries set by the Constitution, particularly whether he would be acting within his rights were he were to reject a proposed cabinet minister. The institute claims he would –other constitutional experts claim the opposite - and knowing the president he will not accept the proposed cabinet line-up without a fight. So the country’s next prime minister may have to gear up for one last battle before he can take his place at the head of the new government. Commentators say his strengthened position will stand him in good stead. 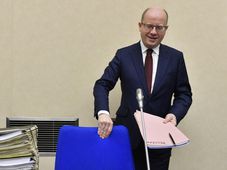 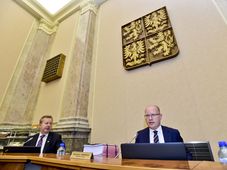 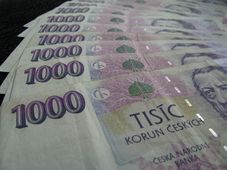 The Czech government has moved to increase the minimum wage in the country to 12,200 crowns per month effective as of next year. This…