Mene Tekel - bid to 'revive consciousness of nation' during communism

Prague is remembering the long winter of Communism this week with an unusual multi-media festival called Mene Tekel. Hebrew for ‘the writing on the wall’, the festival – now in its fifth year - bills itself as ‘an international festival against totalitarianism, evil and violence’. Films, concerts, exhibitions and even reconstructions of Stalinist show trials are on hand in what the organisers say is an attempt to preserve the memory of the nation.

Communist Party leader Klement Gottwald appeared before a crowd of supporters on February 25th, 1948 to announce the formation of Czechoslovakia’s first Communist government. What followed was four decades of totalitarian rule, often marked by terrible cruelty and injustice. Preserving memories of that time for posterity is the chief mission of the Mene Tekel festival, the brainchild of its avuncular director, Jan Řeřicha.

“The name of the festival – Mene Tekel, the writing is on the wall, comes from the Bible, from the Old Testament. It refers to the message that evil is always present within man, at all times. What matters is whether evil is given the space, the right conditions, to escape its confines, or whether it’s suppressed in some way. So it’s not a political thing, it’s an ethical thing.” 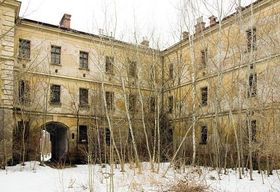 The former prison in Uherské Hradiště Man’s capacity for evil was given full rein during four decades of totalitarian rule, for example at the Uherské Hradiště prison in South Moravia, where political prisoners were incarcerated until the prison was closed down in 1962. As part of Mene Tekel, Charles University is hosting an exhibition about the former prison, entitled ‘The Past Behind the Wall’. I was given a guided tour by historian Jakub Jareš, a member of a civic initiative called Memoria, which was set up to save the prison from the wrecking ball.

Jakub Jareš “This prison was one of the most cruel in Czechoslovakia in the 1950s. The prisoners were tortured with electric shocks. The interrogators made these special boots, and the prisoners had to put their feet into the boots. They switched on the electricity, which went into the boots, which were made of iron. It was so terrible that the institutions of the Communist totalitarian state intervened to stop this torture.”

In a sense Uherské Hradiště had become a sort of communist Abu Graib, where guards devised ever crueller torments for the inmates until the higher authorities intervened. The building is now deserted, a hulking, crumbling 19th century fortress in the centre of a city. The obvious question is what to do with it now? Jakub Jareš and his colleagues would like to see it house a proper museum to communism, something still lacking in the Czech Republic. The exhibition shows various architectural proposals for how the prison could be transformed into a museum.

The 1968 hit ‘Sunny Grave’ by the immensely popular Czechoslovak pop group Blue Effect, banned after the Soviet invasion for their love of western music. Blue Effect – who are still around - performed at a Prague club this week as part of the festival. Jan Řeřicha and his colleagues say they try in seven days to revive the memories and consciousness of the Czech nation, already beginning to fade as a whole generation groups up with no meaningful recollection of communism. 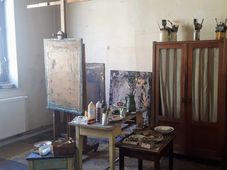 Twin sisters Jitka and Květa Válová, named “Dames of Czech Culture” in memorandum this week, were once described by a Communist zealot… The annual Mene Tekel Festival, focussing on persecution by totalitarian regimes, is underway in the Czech capital, this year focussing… 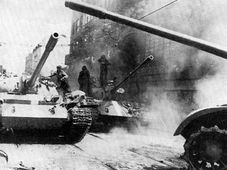 Lithuanians share their memories and regrets from the 1968 Soviet invasion

The international Mene Tekel project against totalitarianism began its fifth year on Monday. One of the focuses this year is on the…