The emotional story of Marcela, a woman whose marriage and divorce, as well as loss of her daughter were captured on film, won the award for best European documentary at the Sevilla Film Festival on Saturday. Originally a part a series “Studies in Marriage”, the film follows the fortunes and misfortunes of Marcela through long-term observance technique – a style typical for director Helena Trestikova. Talking to Radio Prague, Ms Trestikova said that the film’s success in Sevilla had come as a pleasant surprise. Helena Trestikova, photo: CTK “I was surprised that such a typical Czech story is understood in other countries as well. All the people who saw in Sevilla said that the story was universal. For me, that was surprising.”

Do you think that it might be the fact that the film captures 20 years of time and the change of the regime?

“Yes. This method of long-term observation is not common and it might be interesting for the audience. The change of two regimes is something very unusual for people living in Western Europe. It is a very intimate story and yet one that everybody can understand.”

Is there any difference between the reactions you get from Czech viewers and viewers abroad? 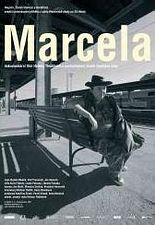 Marcela “Of course. Czech viewers know the series ‘Studies in marriage’ and also know the circumstances of the film. Abroad, on the other hand, it is a pure story of Marcela without any other knowledge about this topic, or about me and my method.”

You were observing several couples in the long-term. Why did you choose Marcela for the full feature documentary?

“Because her story is very dramatic, and because something very interesting happened. After screening her story on Czech TV, viewers were very active and wanted to actively change the story. That was something extraordinary. It was not only my decision but also a decision of my producer. I think that I will continue working with this producer and we want to make other long-term observation films.”

Will the documentary ‘Marcela’ be shown in foreign distribution?

“The prize in Sevilla is supported by 30,000 euro for a potential distributor of the film in Spain, and I hope that the film will be shown in Spanish cinemas.” 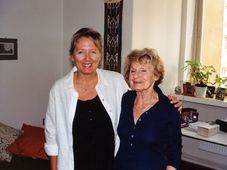 “Hitler, Stalin and I” – an oral history based on Heda Margolius Kovály’s interviews with Czech filmmaker Helena Treštíková –published in English

Heda Margolius Kovály was a well-known writer and translator who survived the Auschwitz extermination camp and whose first husband,… 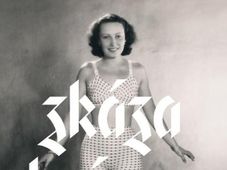 Power, sex, and film world glamour, against the backdrop of the rise and fall of the Nazi regime. The story of Czechoslovak film actress,…

A documentary is now screening in Czech cinemas on the life of the actress Lída Baarová, sometimes described as the first Czech international…