Little Crusader by Václav Kadrnka has become the first Czech competitor in a decade and a half to win the Crystal Globe for best film at the Karlovy Vary International Film Festival. A host of other prizes were also handed out during Saturday’s gala closing, at which actor Jeremy Renner provided Hollywood glamour and also picked up an award. 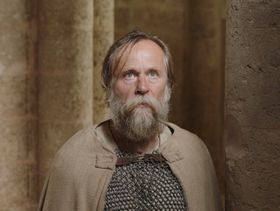 'Little Crusader', photo: Film Servis Festival Karlovy Vary Few had given Czech director Václav Kadrnka much hope of winning the Crystal Globe for best film with Little Crusader, in part due to the fact it is based on a poem and set in the 13th century.

There were therefore gasps of both delight and wonder when Kadrnka’s unconventional, visually captivating sophomore picture became the first Czech entrant to lift Karlovy Vary’s top prize since Petr Zelenka’s Year of the Devil back in 2002.

Minutes after his victory, director Kadrnka outlined the challenges of turning a poem into a film in an interview for the festival’s TV station.

“The main challenge was to overcome the literal side and try to find cinematic clues, how to make it into cinema. One of my first ideas was to work with space. So Little Crusader has a ‘space concept’. But that’s only one of many, many things. Basically we worked for four years on this poem and our work could be described as distillation, distillation of meaning.” 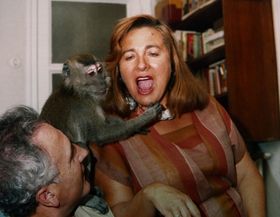 “I discovered that my mum had a vertebra of my great-grandmother hidden in the house, but she didn’t know where it was. So I decided to look for the vertebra and I discovered incredible things that my mother had. So I was 14 years following, shooting her and my brothers and then two years editing. I had the sensation that I had to find something in my family.”

Other notable prizes included an East of the West award for How Viktor "the Garlic" took Alexey "the Stud" to the Nursing Home by Russian director Alexander Hant; best director for Slovakia’s Peter Bebjak for The Line; best actress (shared) for Eliane Umuhire and Jowita Budnik for Birds are Singing in Kigali; and best actor for Alexander Yatsenko for Arrhythmia. 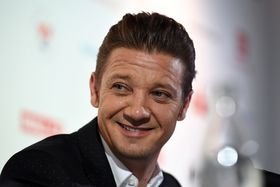 Jeremy Renner, photo: CTK The Hollywood star Jeremy Renner was the biggest name at the gala closing of the 52nd edition of the Karlovy Vary film festival. He received the President’s Award after a show-reel of his work – including clips from The Hurt Locker, Arrival and his latest work Wind River – and seemed somewhat taken aback as he addressed Hotel Thermal’s Grand Hall.

“That was a surprise. I have mixed feelings about this whole thing – am I old? [laughs]… Thank you so much this honour. I’m blessed to do what I do for a living. Much appreciated – it’s a great honour to be here and I appreciate it. Thank you so much.”