A new exhibition at the Victoria & Albert Museum in London brings together fifteen diverse cars to explore how the automobile accelerated the pace of change over the past century and the impact it had on the broader world, from visual culture to climate change. One of the cars selected for the show is the legendary Tatra 77, designed in Czechoslovakia in 1934. I spoke to Brendan Cormier, one of the exhibition’s curators, to find out more about the exhibition, which will run until April 2020: 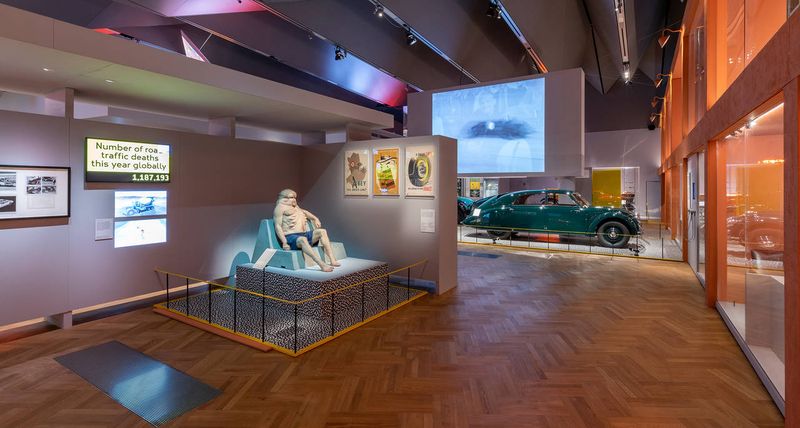 'Cars: Accelerating the Modern World', photo: © Victoria and Albert Museum, London “What we are trying to do in the exhibition is to show how the cars as a design object really had a lot of impact on the 20th century and accelerated a lot of the forces and conditions that have come to typify and characterise the 20th century, from mass production to the incredible ways that we have reshaped the plant to serve the automobile.”

One of the 15 cars that you are showcasing is the 1934 Czechoslovak-made Tatra 77. Why have you chosen this car and what story does it reveal? 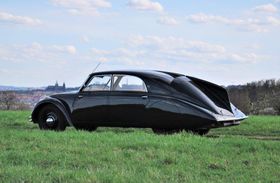 Tatra 77, photo: Matěj Skalický / Czech Radio For us the T77 is a really special car because of its streamlined body. We discuss in this section about how the technology of speed starts to change not only the inner workings of a car but also the outer shape, and how Paul Jaray and Hans Ledwinka created this kind of futuristic streamlined shape for the car which then quickly becomes popular across all the visual culture.

“We have an amazing graphic by the American industrial designer Raymond Loewy, who starts applying streamlined aesthetics to things that don’t need to move fast at all, so radios, clocks, chairs, people’s clothing.

“So we talk here about what was originally a technological tool to make something more efficient and fast starts to capture the public’s imagination in our material culture.

Was the T 77 an obvious choice from the very beginning?

“The T77 was one of the cars on our list that were more or less non-negotiable. We knew that we wanted that car on the show. This streamlined shape has such an effect on the way we have designed other objects. That was one of our top priority cars for the show. 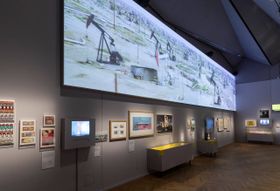 “It comes from a private Czech collector who has a collection of Tatras.”

What else is on display at the exhibition?

“We have about 250 objects on display at the exhibition, ranging from pieces of a technology, like the first-ever robot used on a factory floor, the Unimate, used in the 1960s by General Motors, to fashion, photography, posters.“

And finally, why are you showing this exhibition now, at a time when the car industry is struggling in many ways?

“We thought that we would play to the museum’s strength to look critically at history rather than project the future. We know that the future of the car is uncertain and could go in many different directions.

“We would look to the past, look at the story of the development of the car to see if there are any lessons we can learn from that history when thinking about the future of mobility.” 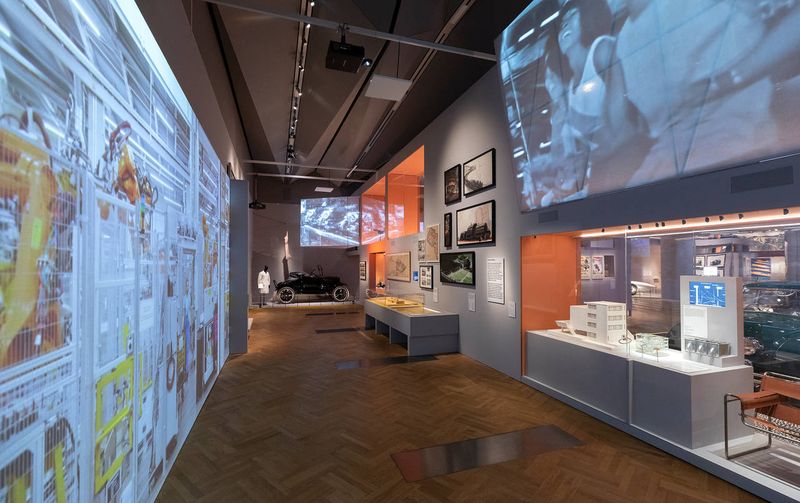 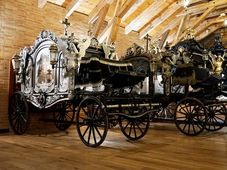