Czechs were shocked on Sunday night to hear of the death of Karel Svoboda, one of the country's most popular songwriters. Svoboda - who had written hundreds of hits and film scores - was found dead in the garden of his villa outside Prague. A police investigation into his death suggests he took his own life. 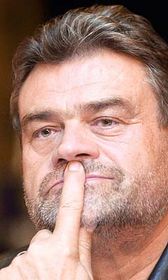 Karel Svoboda, photo: CTK Karel Svoboda is a household name in the Czech Republic both thanks to his timeless hits but also because his music comprised the soundtrack to some of the country's best loved films and TV series. When he lost a young daughter to leukaemia a few years ago, the hearts of the Czech public went out to him and his wife Vendula. Now Karel Svoboda has left behind a toddler son - and that's also why the police report of his death came as such a massive shock.

"On Sunday at 6.30 pm we received a call reporting the suicide of Mr Svoboda. A doctor and forensic experts arrived on the scene along with our officers. Evidence suggests that Mr Svoboda shot himself with a legally held gun. An autopsy will be carried out. In accordance with the wishes of the family we will not disclose any details."

Karel Svoboda was born in 1938 in Prague. As a young man he abandoned dentistry studies and devoted himself to music. Many of the big hits he wrote over five decades were sung by popular Czech singer Karel Gott - who was distraught at the news.

"Right now it is very difficult to comment in any way on the news about my great friend, Karel Svoboda, with whom I shared so much success both at home and abroad. It's impossible to say anything because it is such a great shock and it will perhaps sink in later."

The work of Karel Svoboda is well known throughout Central Europe and beyond. He composed music to the Japanese animated series "The Adventures of Maya the Bee" which was screened all over the world. Svoboda's songs also received awards at music festivals from Tokyo to Cannes. After the Velvet Revolution he turned his hand to writing musicals. More than 1.5 million people saw his hit show "Dracula" whose soundtrack also sold 250,000 copies. Karel Svoboda's last major work was the musical "Golem" which premiered last year. 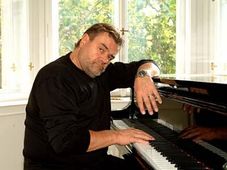 This week’s Sunday Music Show is devoted to Karel Svoboda one of the country’s most prolific composers, the author of countless hit-songs, well-known…

Crowds thronged Prague's Strasnice crematorium on Tuesday to pay their last respects to the composer Karel Svoboda, who committed… This week was marked by two major events in pop-music. On Tuesday a number of the Czech Republic's popular rock bands took part in…