President Vaclav Klaus is in hot water again after controversial comments about multiculturalism and terrorism. Mr Klaus was quoted in a newspaper interview as saying that there was a link between the mass influx of foreign cultures and terrorist attacks on the West. 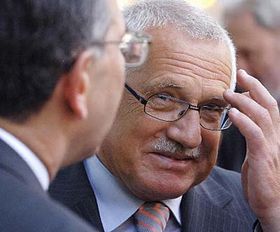 President Vaclav Klaus, photo: CTK President Klaus made the comments in the newspaper Mlada Fronta Dnes. He was quoted as saying that the openness of the West to immigrants from other cultures facilitated attacks by radical Islamists. He described multiculturalism as a "tragic mistake" of Western civilisation, for which Western society would pay dearly. He stopped short of saying multiculturalism was a direct cause of terrorism - rather that it was a breeding ground for terrorist attacks.

Mr Klaus's political opponents reacted immediately to the remarks. Prime Minister Jiri Paroubek said he didn't understand the comments, pointing out that not all terrorists were immigrants. Deputy Prime Minister Zdenek Skromach described the comments as nonsense, saying it was impossible for countries to be closed when the world was being globalised. Mr Klaus, he said, was living in the last century.

Some, however, supported the president's views. Mirek Topolanek, chairman of the centre-right opposition Civic Democrats, which was founded by Mr Klaus in the early 1990s, said Europe was suffering from multiculturalism, which was beginning to destroy its original culture from within. In London, he said, churches were being closed down and minarets were appearing in their place. This, he said, was not normal.

Generally President Klaus is very in tune with Czech public opinion. He's one of the country's most respected and popular politicians, and is always careful to reflect the public mood. Czech society is sometimes described as rather closed and xenophobic, although some observers say that is beginning to change. Many people, particularly better-educated people living in cities with immigrant populations, will take issue with his comments, and many will be offended. However Mr Klaus probably wouldn't have made the comments if he didn't think a large slice of Czech society didn't agree with him. 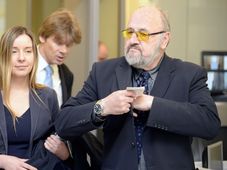