Kinsky: post-war confiscation of property was illegal and illogical

Franz Ulrich Kinsky - a member of an aristocratic family with long roots in Bohemia - has filed a total of 150 lawsuits asking the Czech courts to confirm that he is the rightful owner of large amounts of property which were confiscated from him as a child after the war. So far he's won five of the suits and lost four. The Czech authorities argue his father had been a Nazi sympathiser before the war, and so under the post-war Benes decrees, it was right to confiscate the property. But speaking by telephone from his home in Argentina, Franz Kinsky told Radio Prague that as far as he knew, claims that his father was a Nazi were unfounded.

"Those are claims that have not been proved in my presence. I will look into them when I go to Europe. I have no idea. I know that my father was opposed to Hitler. The parent I knew - I mean I was two years old when my father died - and from those whove survived, Ive always heard that my father was a very rightful person, he was a Christian person. He was a fair person, he defended minorities. These are all concepts that dont fit the SS, the SA and the like. If you ask me about my father all I know about him is what I have been related, and that is the opposite. That is a lot more than what a lot of the people who are building up this campaign against me can probably say about their own parents."

Franz Kinsky's father died before the war started. Kinsky himself left Czechoslovakia before the war, at the age of three. In 1945, the post-war Czechoslovak authorities seized his property in his absence, citing the Benes decrees. But for one thing, he says, much of the property belonged to him, not his father, so in a sense it was confiscated from the wrong person, or rather he has never ceased to own it. And even if the Benes decrees were to be applied to him - how could a nine-year-old boy be guilty of collaborating with the Nazis?

"I have never belonged in my entire life, never mind at the age of nine, to any German Nazi or the like organisation, so I dont see how these decrees would have applied to me even if they were addressed to me, which in some cases they were. They were addressed to me in an improper way, not following the legal procedures, and therefore we dont consider them legal - I was never informed of what happened."

Much of the court's deliberations centred on the complicated issue of Franz Kinsky's nationality. He was born a Czechoslovak citizen, but was regarded by the post-war authorities as a German national, and therefore subject to the Benes decrees. But what nationality does Franz Kinsky himself feel?

"I am Slav by the name. Kinsky, unlike what many people pretend, is not a German name and would never be a German name. Yet I consider that Kinsky and Bohemians, we have all kinds of blood in our veins. Italian, I even have Argentinean. Austrian, German, Spanish. We're a mixture, thanks God, of people. We're not an ethnically pure race like some people pretend they are. We're a mixture of a lot of people. It started with the Celts, and ended up with the Czechs." 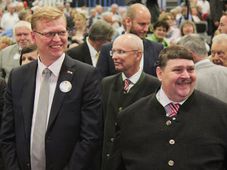 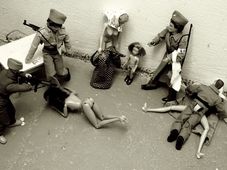