The Karlovy Vary International Film Festival prides itself on helping films from the former Eastern Bloc reach international audiences. One way the festival achieves this is via its Film Industry Office, which supports projects from around the region in a number of ways. I discussed the office’s work with its head, Hugo Rosák. 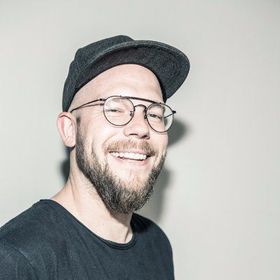 Hugo Rosák, photo: Film Servis Festival Karlovy Vary “We see that the films or the projects from these countries need some push. They need to be elevated, they need to be noticed.

“As a festival we can do that through premieres.

“But we can also do it by showing the projects in an unfinished moment, when they are still looking for some partners that could pitch in some money, that would be able to co-produce, etc.

“Our goal is to bring and select and curate these projects and then of course show them, present them and offer space for meetings where industry people can discuss how they can help the projects if they find them interesting.”

How do you select the projects to give this help to?

“It’s a process similar to how we select films for our premieres: We have an open call for submissions, we try to establish some motivation for these projects to come to Karlovy Vary – in our case it’s the awards we give to the most promising ones.

“Then out of the big chunk of submissions, we carefully curate and carefully put together a presentation that is well representative of the region, that’s also diverse in approaches to filmmaking and that can bring about some interest.” 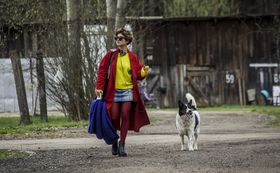 Crystal Swan, photo: Film Servis Festival Karlovy Vary When you give grants, where do you get the money that you’re giving?

“We have sponsors, of course, who are kindly helping with some in-kind services.

“For example, in our works in progress, which are films in the stage of post-production, meaning they still need some colour grading or sound mix, we actually deal with companies in the Czech Republic that offer these in-kind services.

“I can name them: it’s UPP and Sound Square.

“We also offer some cash awards that allow for the film to be really finished [Barrandov Studio provides a cash prize of EUR 10,000]. 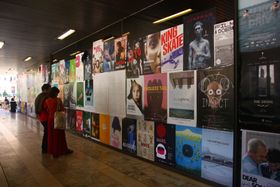 What do you find personally most rewarding about your job as head of the Film Industry Office?

“I would say the joy you see when people have successfully presented their work.

“And the fact that you know that you are helping them further, that the industry starts talking about them.

“That brings me personal joy, because with every film there is so much work behind it.

“Some are made and some don’t get that chance.

“It’s just beautiful to see the smiles on the faces – that motivates me the most.

“Especially in a territory like Central and Eastern Europe, where making films, and art house films especially, is super difficult.” After years of contentious debate, the government on Friday revealed plans to renovate the towering, exposed concrete Hotel Thermal,…