The 54th edition of the Karlovy Vary International Film Festival kicks off in the West Bohemian spa town on Friday evening, with Hollywood actress Julianne Moore set to be the biggest star at the gala opening. Her latest film will raise the curtain on the region’s leading cinema event. 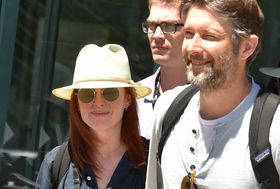 Julianne Moore, Bart Freundlich, photo: ČTK/Slavomír Kubeš Julianne Moore, who won a Best Actress Academy Award for Still Alice in 2015, is regarded as one of the greatest actresses of her generation. She will be presented with Karlovy Vary’s Crystal Globe for outstanding artistic contribution to world cinema by festival president Jiří Bartoška at Friday evening’s gala opening.

The curtain-raising film After the Wedding stars Moore and is directed by her husband Bart Freundlich, who will also be ascending the red carpet. Joining the couple will be screen and stage actor Billy Crudup, who plays Moore’s spouse in the movie.

KVIFF’s crowds can glimpse a second major star on Sunday, when US actor Casey Affleck (also an Oscar winner, for the 2016 film Manchester by the Sea) will present his directorial debut Light of My Life in person at the Grand Hall of main festival venue Hotel Thermal.

Affleck, who was in Karlovy Vary two years ago for the first time, also wrote, co-produced and stars in Light of My Life. Twelve-year-old Anna Pniowsky, who gives a phenomenal performance as Affleck’s character’s daughter, will also be introducing the film. 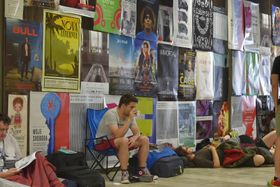 Photo: ČTK/Slavomír Kubeš The end of the festival will also see actress Patricia Clarkson, known for such projects as The Station Agent and Sharp Objects, receive KVIFF’s lifetime achievement Crystal Globe. While in Karlovy Vary she will introduce her film Learning to Drive.

Other notable names to watch out for are Kara Hayward, who is appearing in main competition film To the Stars, and teenager Jaeden Martell, who starred in the horror movie It and will be in Karlovy Vary with The True Adventures of Wolfboy.

The True Adventures of Wolfboy – which will receive its world premiere on Tuesday – is the feature debut of Czech filmmaker Martin Krejčí.

There are no Czech pictures among the 12 in contention for this year’s Crystal Globe for best film. However, there are a number of noteworthy home-grown projects to look forward to. 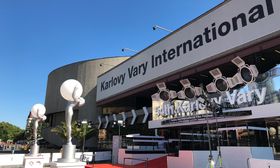 Photo: Ian Willoughby Forman vs. Forman, a documentary about the late, great director Miloš Forman by Helena Třeštíková and Jakub Hejna, will get its domestic premiere.

Documentarian Martin Mareček returns with his first film in many years, Over the Hills, which is taking part in the documentary competition.

A Certain Kind of Silence by young Czech director Michal Hogenauer is in the running in the festival’s flagship East of the West competition.