This Wednesday marks exactly 35 years since the opening of one of the country’s most notable works of architecture, hotel Ještěd. The conical spaceship-like building with an integrated TV tower is built on top of a hill above the town of Liberec and dominates the surrounding skyline. The design of the building, which was completed in 1973, remains unique to this day.

The mountain of Ještěd rising above the town of Liberec has always been a popular tourist destination. When an old wooden hotel built on top of it burnt down in the 1960s, a tender was put forward for a new building. Hotel Ještěd first opened its door to the public in 1973, on this very day. The author of the winning design was architect Karel Hubáček. Art historian Zdeněk Lukeš explains what makes his design so unique:

“The aim of the competition was to build two separate buildings, a hotel and a TV transmitter. Mr Hubáček combined both buildings together and created one structure only, which is very unique from the point of view of structural engineering. He combined steel construction and reinforced concrete construction. The coat of the tower is created from special fibreglass strings and the shape of the tower is rotating hyperboloid which is a very radical type of construction. ”

The hotel on Ještěd hill has received many prestigious awards, including the international Perret prize. As Zdeněk Lukeš notes, it was a unique success, regarding the time of its construction:

“This building was designed and created under deep communism and it was not so easy to make something special from point of view of engineering. But it was done and it is one of not so many examples of perfect architecture of that time.” 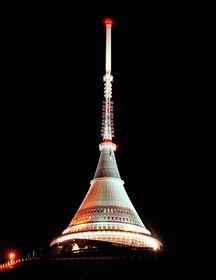 Ještěd, photo: CTK The elegant structure of Ještěd hotel has become a dominant symbol of the Liberec region. On Tuesday, just one day before the 35th anniversary, the local authorities decided to buy the building from its current owner. They are hoping to renovate the building and restore the original interiors and eventually apply for inclusion on the UNESCO list of World Heritage sites. 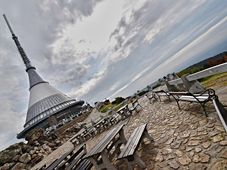 Ještěd: Building of the Century 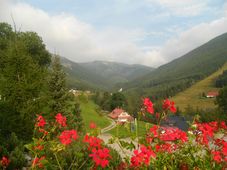 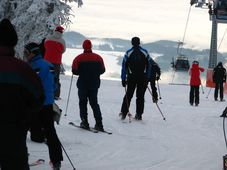