The Japanese prime minister, Junichiro Koizumi, arrives in Prague on Wednesday afternoon on a three-day visit, as part of a trip aimed at strengthening his country's ties with Europe. But it would be fair to say Japanese relations with the Czech Republic are already on a high level, with Japanese investment on the increase and Japanese tourists a common sight in Prague and castles near the city. 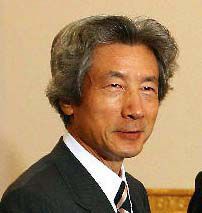 Junichiro Koizumi, photo: CTK As well as spending a lot of time with his Czech counterpart, Vladimir Spidla, Prime Minister Koizumi will meet investors from his country in Prague. That comes as no surprise given the amount of Japanese capital which is currently flowing into the Czech Republic. In the first quarter of this year the Japanese had the third highest foreign direct investment in this country, ahead of the likes of Germany and France.

However, Japanese investors are not always happy with conditions in the Czech Republic, with the amount of sick leave taken by Czechs particularly unwelcome. In fact a group of Japanese companies has appealed directly to Prime Minister Spidla to address the problem. In the meantime some of them have taken the initiative themselves, and pay their workers a bonus for coming to work rather than going to the doctor, leading to a fall in sick leave of up to two-thirds in their companies. 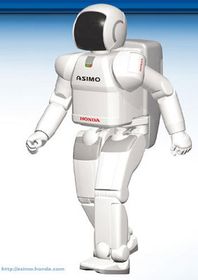 ASIMO, photo: CTK While for years Czech classical music has been very popular in Japan, more and more Japanese tourists are visiting the country that gave the world Dvorak and Smetana. What's more, they are very welcome here, as they spend more than tourists from anywhere else. Unfortunately, as far as Czechs who make a living from tourism are concerned, they tend to stay in this country for a relatively short period of time, only about two days on average.

Getting back to Junichiro Koizumi's visit, he and Vladimir Spidla are due to lay wreaths on Thursday at the statue of St Vaclav on Wenceslas Square and the memorial to Jan Palach and Jan Zajic, the two young men who burned themselves to death in 1969 in protest at the Soviet occupation of Czechoslovakia. On a much lighter note, at an official dinner that evening the Japanese prime minister will be accompanied by a most unusual companion, an android named ASIMO, said to be the most advanced robot ever created. The presence of the robot is intended as a tribute to the Czech author Karel Capek, who gave the world the word robot with his 1920 play R.U.R., or Rossum's Universal Robots. ASIMO apparently speaks, or has been programmed to speak, Czech and is expected to greet Prime Minister Spidla in the language. It will surely be the first time the Hrzansky Palace in the Prague castle district has seen such a visitor. 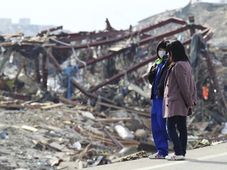 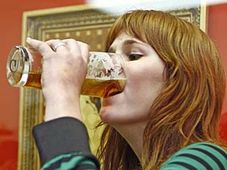 Visitors to Prague will soon get another chance to view the Czech coronation jewels. A 19-year old Czech girl has won the Czech speed… 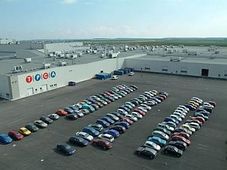 Car making has been one of the motors of the Czech Republic’s economic boom of recent years, and for this edition of Panorama I’ve…