The death has been announced of the veteran anarchist Jakub Polák, regarded as the leading light of the Czechoslovak and later Czech anarchist movement. The founder of numerous anarchist initiatives and long-time editor of the anarchist paper A-kontra, Polák was perhaps best known for his public – and at times unpopular – defence of the Roma community. 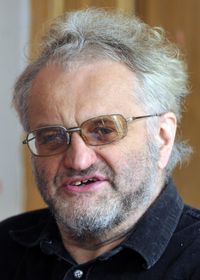 Jakub Polák, photo: CTK At both public rallies and in courtroom debates, Jakub Polák was an unmistakeable presence: his wild, unkempt hair, grey beard and crooked teeth giving him a slightly wolfish appearance. He was certainly several dozen years older than most of the young anarchists gathered around him, and became something of a doyen of the anarchist movement. One of his closest acquaintances was political scientist and fellow anarchist Ondřej Slačálek, who announced his death – shortly after his 60th birthday - to the media. He had this to say about his friend.

“Jakub Polak was truly an unchained element. If anyone personified not only anarchism but anarchy, unleased energy - it was to a great extent him. He was driven by a powerful refusal to let himself be restrained by any kind of obstacle standing in his path, whether it was a police cordon or ideas about ideological purity.” 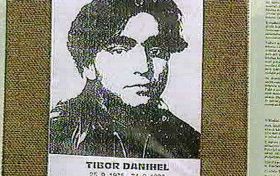 A dissident and member of the underground in communist times, Jakub Polák launched numerous anarchist initiatives after the fall of communism in 1989, quickly becoming involved with a number of causes he felt passionate about. One was discrimination and hostility towards the Roma community; hostility that spilled over into acts of wanton violence in the early 1990s.

One of the most notorious race-related killings in the early years of the independent Czech Republic was the drowning of the Roma teenager Tibor Danihel by neo-Nazi skinheads in the town of Písek in September 1993. Ondřej Slačálek says it was largely thanks to Polák’s tireless campaigning that Danihel’s killers were finally put behind bars:

“Back then there was a general tendency to play down the seriousness of such crimes. You know, that it was just a boyish prank that got out of hand, that the skinheads didn’t really mean to hurt anybody. I think even the state prosecutor used the word ‘boyish prank’. There was also an attempt by these small town local officials to sweep the whole thing under the carpet, and the skinheads were initially given suspended sentences. Jakub got involved with his typical energy and dedication, broke apart the manipulated police version of events, and after an endless round of appeals managed to get them properly punished.” 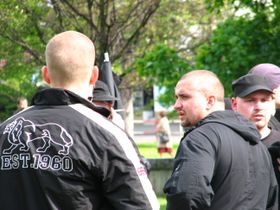 Far-right extremists Polák’s contemporaries say he was primarily motivated by a sense of justice, something he believed that was worth fighting for. But he also felt strongly about the freedom of speech. He defended extremism expert Zdeněk Zbořil after the political science professor was severely reprimanded by Charles University for inviting far-right extremists to speak at his class on political extremism. Jakub Polák and several left-wingers were also invited to address the class. Polák and others defended Zbořil’s decision at a time when he was roundly condemned by academics and politicians including the prime minister of the time, Milos Zeman.

Polák – who died of cancer – was honoured in 2001 by the Charter 77 Foundation for his long battle against prejudice and police apathy in cases of racially-motivated murder in the Czech Republic. 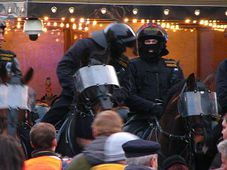 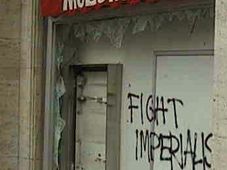 Police gearing up for ultra-right and anarchist marches in Brno

Police are gearing up for demonstrations of ultra-right groups and anarchists in the Moravian metropolis of Brno. Hundreds of officers…