Is the EU ready to take in Turkey?

With the planned start of accession talks between the EU and Turkey drawing near, opponents of Turkey's accession to the EU are ringing alarm bells across Europe. Opinion surveys have shown that the fear of having Turkey as an EU member state is now present in most EU countries. The results of such a survey here in the Czech Republic indicate that only 37 percent of Czechs would be in favour of Turkey's admission, 51 percent are against.

Over the summer, the initiative Voice for Europe, which is campaigning against the start of accession talks with Turkey, has been collecting signatures in support of this view in several European Union countries. By mid-July it had collected 26,000 signatures - with 11,000 of them from the Czech Republic. So what is at the root of people's fear of having Turkey in the EU? Borivoj Hnizdo heads the political studies department of Charles University:

"Within 20 years - without a doubt - Turkey will be the most heavily populated country in the EU, should it become a member. This is one reason. The second reason is a cultural and geographical one. Many Europeans, especially in the central and eastern part of Europe, see Turkey as an Asian country and an Islamic country. And if we put this into the historical perspective, many people think that the entire modern history of central and Eastern Europe was a fight between the European powers and Turkey, or the Ottoman Empire. So- even history is telling these people that Turkey is not really a European country."

A random survey in the streets of Prague suggests that most people do have reservations about Turkey's accession to the EU:

"What worries me is whether the European Union can digest it."

"I don't think the time is ripe to admit Turkey. Maybe in fifteen or twenty years time things could be different. But now it is not topical, it is not a solution to Europe's problems."

"It's a big Moslem country and could bring in a lot of problems, a lot of baggage, especially in view of the threat of terrorism. I think a lot of people will be against admitting Turkey - but the Turks are people too and we can't all throw them into the same basket."

"I am not very enthusiastic about the idea, because Turkey - with its human rights record and all - does not really fit the European mould right now."

Over a dozen billboards have now appeared in Prague, advising the Prime Minister that most Czechs do not want Turkey in the European Union and asking him to listen to the voice of the people. However they are not likely to meet with a great deal of sympathy among Czech politicians. The governing coalition has said it supports accession talks if Turkey fulfils the required criteria. And the strongest opposition party, the Civic Democrats, holds the same view. Jan Zahradil is one of the party's MEPs: 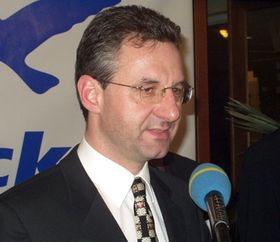 Jan Zahradil "There is a certain hysteria in Europe over further enlargement and I think that some politicians who failed in their own countries to persuade their own people about the future architecture of the European Union, like the EU Constitution, were trying to blame somebody else. They tried to blame the new member countries and even future members of the EU. I think this is very irresponsible behaviour of the political elite and I think that we, as the representatives of the new member states, have a moral obligation not to block further enlargement of the EU for any country which qualifies or will qualify itself to be a full member, including Turkey."

Political analyst Borivoj Hnizdo says that politicians across Europe are divided over Turkey's accession depending on whether they view the EU primarily as an economic alliance or as a political union that would go much deeper. While the former support EU expansion, the latter are concerned about how Turkey would fit the mould. I asked Borivoj Hnizdo whether he feels the EU is ready to admit Turkey to the alliance.

"I think that Europe has plenty of its own problems at the moment -after the referendums in France and the Netherlands. I think the main question that Europeans have to answer is what kind of Europe they want. Only after that has been clearly said can we ask ourselves whether there is room for Turkey in this kind of Europe. That is the fundamental question." 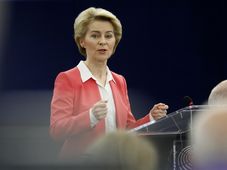 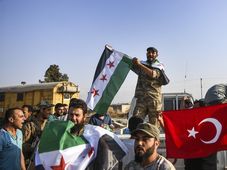