How can American and European educational systems learn from each other? Who should be funding private institutions of learning? Apart from state support, what resources can higher education draw on? Those questions were among the topics raised at the two-day Prague Forum on Education Management and Funding, which ended on Monday. The conference was organised by the Prague Society for International Co-operation and was attended by academics, businesspeople and politicians from as far afield as the USA, the Russian Federation and Croatia.

Dr. John Marks is the Director of the Educational Research Trust in the United Kingdom and is a member of the society that organised the Prague conference. He said problems in the Czech education system had been high on the agenda.

"I think your schools have got a good reputation and are not a major problem, but I understand that in higher education there is a substantial lack of funding, and this is leading to low salaries and people actually leaving the country. That was one of the major issues that we discussed."

"What we suggested was that, as in some other countries, including Britain and the United States, that funding should be sought not just from the government but also from industry and from the students themselves in the form of a fee which they would pay back over a long period of time. In that way, having diverse sources of funding, your universities might be better funded and also more independent."

On Saturday, the day the conference began, it became clear that the Czech people had voted "yes" to joining the European Union. Dr Marks said membership of the union would benefit Czech education and lead to more international co-operation in the sphere of education. As to whether the international forum held in Prague had been of value, he was in no doubt.

"I think the conference was a success because I think everyone who participated learned something from what people from other countries' educational systems had to say, and I think it was a success in that we did agree on a statement at the end which is going to be released in a few days and which will provide further points to discuss and to improve your system here and systems in other countries." 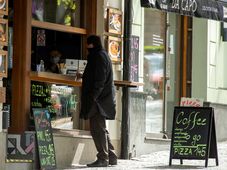 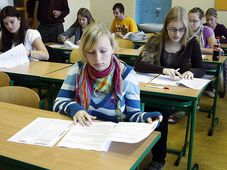 Czech schools forced to lock their doors because of the coronavirus crisis will reopen in mid-May at the very earliest, the minister… 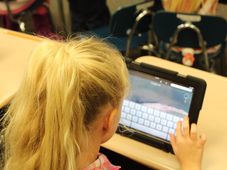 Teaching in the time of pandemic

There are about 1.5 million children and teenagers enrolled in Czech elementary and secondary schools. These days, as in other European countries,…