On Tuesday, the Czech Institute for the Study of Totalitarian Regimes announced a new project on its website, posting the biographies of individuals who were brutally sentenced to death by Czechoslovakia’s Communists. Using archive material, the site has so far examined the lives of some 19 individuals, who, like Milada Horákova, were executed on trumped up charges of treason. 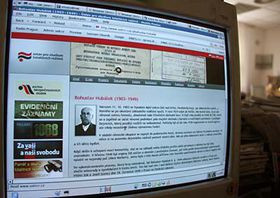 The early years following the Communist rise to power in Czechoslovakia were among the very darkest in Czech history, with thousands of individuals persecuted by the regime. This week, the Institute for the Study of Totalitarian Regimes revealed a new internet project aimed at remembering those who were targeted, victims who were sentenced and executed on trumped up charges. The lives of 19 executed in 1948/49 have been profiled so far, including senior military officers such as Bohuslav Hubálek and Karel Šabela. Six others profiled were sentenced to death on charges they had planned a coup to try and overthrow the regime. But that is only a start: eventually the institute would like to publish profiles of all 262 individuals executed by the regime. Petr Mallota is a specialist at the institute heading the project:

The hope is to build a far closer picture of those who died - that means sifting through extensive archive material from different sources. Petr Mallota once again: 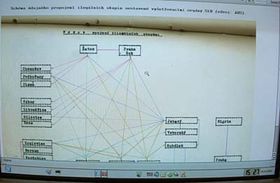 “The biographies we’ve put up make use of extensive archive material – from our own archives at the institute, to military documents, to legal police and courtroom documents. Last but not least, we’ve made use of extensive material, obviously the saddest and most difficult reading, mapping the last days of the victims as they awaited execution: final letters to loved ones and so on. Not everything of course has been released: what we’ve done is made a selection giving readers a closer, more personal look at their lives.”

Anyone interested in the project should visit the Institute for the Study of Totalitarian Regimes webpage: the address is www.ustrcr.cz 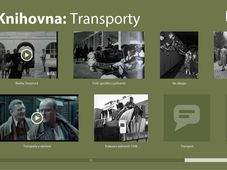