While the immigrant crisis has opened up a wide rift between the Czech Republic and other Central European states on one side and the traditional EU agenda setters in Western Europe, France and Germany on the other, differences within some Czech parties about the crisis and the possible solutions have also emerged. 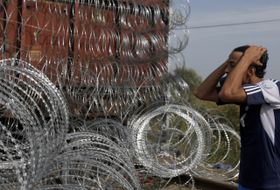 Photo: CTK On the face of it, most of the Czech political spectrum seems united in opposition to the European Commission proposal that tens of thousands of immigrants should be shared out across the continent according to a set formula. Many of the politicians speaking in the lower house of the Czech parliament echoed and added their criticism to the quotas in a truncated debate on Tuesday.

But there have been signs that some of the standpoints are not so clear cut or black and white within some of the leading parties. Deputy chairwoman of the opposition TOP 09 party Helena Langšádlová was fulsome in her praise of prime minister Bohuslav Sobotka and the interior and foreign ministries that are spearheading the anti-quota stand.

TOP 09 party leader and former foreign minister Karel Schwarzenberg has, however, come out for the Czech Republic to take its lead from Germany’s initial welcome to immigrants. He suggested in one recent interview that Czechs should offer to take 80,000 immigrants, far more than the Brussels quota earmarked for the country. Karel Schwarzenberg, photo: Tomáš Adamec Schwarzenberg added in a Forum 2000 debate on human rights and foreign policy on Monday that the German public appeared to have adopted the values of Czech humanists while the rhetoric in the Czech Republic was often that of Emanuel Moravec. Moravec was the leading Czech Nazi sympathizer and a minister in the largely puppet protectorate government during WWII.

But there are other Czech politicians who also feel that the immigrant debate in the Czech Republic and in Brussels has become too fixed on the quotas and what is essentially a numbers game and that has crowded out the search for solutions which might help heal the European rift over immigration.

One of the ANO party’s leading foreign affairs experts and currently a member of the European Parliament is Pavel Telička. He shared the platform with Karel Schwarzenberg at the Forum 2000 event and had this to say afterwards about the standoff over immigration between EU states. 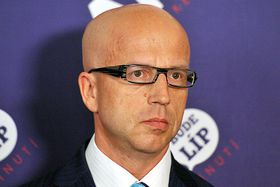 Pavel Telička, photo: Filip Jandourek “What I am really missing is that on the so-called immigration crisis – and unfortunately in this respect the Commission was not at all helpful and the European Parliament as well - highlighting the question of mandatory quotas. We have grabbed it as the issue and the response was ‘no, no, no, no no,’ but that is not enough. If you really want to have some influence, to shape [the debate] and arrive at a good compromise, you need to come with active proposals and not just that we will send some technical assistance etc. That I would say is fine and a necessary condition, but not sufficient.”

Some of Telička’s suggestions are for meaningful help to EU countries bearing the brunt of the immigration crisis, asylum facilities based outside the EU, a United Nations fund for immigrants and a type of green card system developed for economic immigrants. It’s still to be seen if his efforts can influence the wider debate.