Horoscope of Albrecht of Wallenstein on display in Prague

The recently discovered horoscope of Duke Albrecht of Wallenstein is one of the most important of its kind. It surpasses other horoscopes from the period with its detailed explanations of the Duke's life, and its use of the then most contemporary astrological techniques. Created in 1627 by an unknown astrologer, it charts eleven years of the duke's life, and is a document which, if it had fallen into the wrong hands, could have provided what would be regarded as sensitive information to his enemies. The horoscope featuring in a major exhibition devoted to Wallenstein. Photo: CTK Czech duke and nobleman Albrecht of Wallenstein (known in Czech as Albrecht z Valdstejna) was the supreme commander of the armies of Hapsburg Emperor Ferdinand the Second and one of the most influential figures in Seventeenth Century Europe, particularly during the period of the Thirty Years War. Though the precise time and purpose of the horoscope's creation is uncertain, there is a strong possibility that its formulation was ordered in 1627, when the Duke assembled a large army in Nise in Silesia. Likewise, the identity of the horoscope's creator is also unknown, but it was clearly someone practised in the craft, as Dr Petr Masek from the National Museum explains: 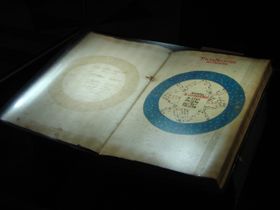 Photo: Stepanka Budkova 'The horoscope was probably created at the end of the year 1627 to the beginning of the 1628 and in the greatest probability it was from Nise in Silesia. Whoever created it was actually a practicing astrologer, who used a whole spectrum of techniques. They range from the traditional, including even at those times almost forgotten techniques, to the most modern techniques. The latter included the so called 'Danish tables' of Tychon de Brahe, which were developed precisely in that year 1627. So the author had at his disposal the most modern range of tools.'

Uncertainty and mystery shrouds the question of who ordered the horoscope's creation. It was found in a castle in Kopidlno which at one point belonged from 1638 to Jindrich Schlik, one of the duke's generals, and there is a possibility that he ordered the horoscopes creation in order to ascertain the fate of his lord, on whom much of the fate of Europe depended. Petr Masek: 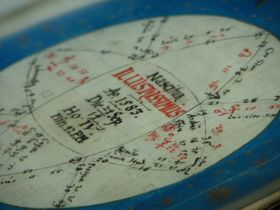 Photo: Stepanka Budkova 'It was regarded as serious information outlining one's fate, to such an extent that the horoscopes of those prominent figures like Wallenstein were by various secret means copied, or basically stolen, and offered to other people for a fee, because they were regarded as strategic material. It is understandable that for many, it was important to know how the lives of personalities who shaped the annals Central European history would turn out.'

However, anyone in possession of the horoscope thinking themselves to be in on fate's secrets might have been disappointed, as Wallenstein died ten years earlier than the horoscope predicted. Next year celebrates the 425th anniversary of his birth and the horoscope forms part of an exhibition at the Wallenstein riding school, which runs until February of next year. 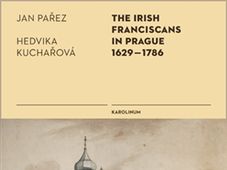 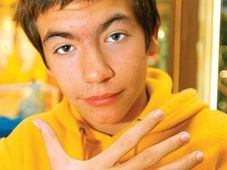 Don’t eat that – its fifty years old! Czech researchers eat a package of soup that had been sitting around for half a century. “Six… 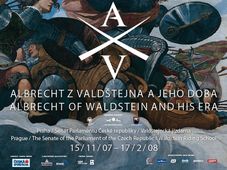 “Albrecht of Waldstein and his Era” opens in Prague

Albrecht of Wallenstein (or Waldstein) was without question one of the most important figures in 17th century Bohemia, a Czech nobleman…