An American investment group has taken over Czech truck maker Avia. Odien Restructuring Services plans to bring the Prague-based manufacturer back to profitability by recapturing past markets and forging ahead into new territory. The acquisition ends Daewoo Motor's decade long foray into the Czech Republic.

Avia is one of the Czech trinity of truck makers, along with Tatra and Liaz. During the communist era, these three produced a full range of trucks for the socialist block. Avia made the light and medium-sized vehicles, used to haul everything from mail to bread. In its best years, Avia produced around 20,000 trucks.

But Avia production last year was only 569 units- pulled down by the financial problems of its owner, the Korean Daewoo Motors.

The new owners Odien are backed by American institutional capital. Their focus is buying troubled companies, restructuring their operations and balance sheets and then hopefully reselling these companies at a profit at a later time. They would describe their goals as "asset-restructuring", which means making the most productive parts of a company work as they see fit.

They plan to bring production and sales up to 5,000 units within the next three years. Their three major steps to reach this goal are an emphasis on marketing and sales, introduction of a new 12 ton truck by end-year and putting the factory facilities to work for other automakers.

Odien took control of Avia from Daewoo Motors by purchasing about 6.8 billion crowns of bad debt in late 2004 from eight creditors. These included local companies, other Daewoo companies, and KAMCO, the Korean Asset Management Association.

By late March, Odien organized a debt-to-equity swap that transferred these debts into a 98 percent stake in Avia. By mid-April, Odien had taken day-to-day control of the company and had removed the Daewoo name and logo from the company's trucks.

The total process of acquiring Avia took eighteen months. The process was complicated by the number of creditors and the distance, with some negotiations taking place in Prague and in Korea.

The Koreans had purchased Avia back in 1995 to make mid-sized trucks for the European market. The global bankruptcy of Daewoo in 1999 threw these plans into disarray. While Daewoo Avia soldiered on, the firm's debt piled up.

But the Daewoo episode did bring benefits to Avia. The Koreans made significant investments, something over 200 million dollars. This was not only in the design of the vehicle, but also in terms of the production capabilities - in the assembly hall and paintshop.

The new owners believe Avia's rich history is a resource. Avia has a strong reputation not only in the Czech Republic but in other Central and Eastern European markets. But it's also a tough market. People go by tradition, but they also go by the financials: how much a vehicle costs, how much they can sell it for later, and how well it performs the task. 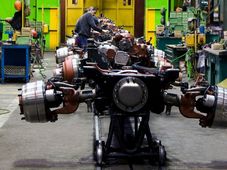 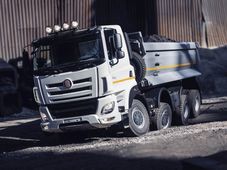 Vehicle producer Tatra is an iconic name in the Czech Republic and indeed in the world of car and truck production. The Czech company… 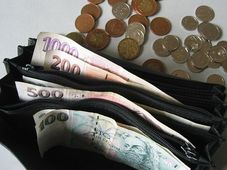