Plans are afoot to move the remains of General František Moravec from the US to his hometown of Čáslav in central Bohemia. If the funding can be raised, the local authorities are offering a new site for the ashes of the man who headed Czechoslovak military intelligence before and during WWII and is said to have ordered Operation Anthropoid. 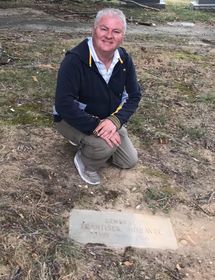 John Martin, photo: archive of John Martin František Moravec fought with the Czechoslovak Legions in World War I and eventually became head of military intelligence in the First Republic, a post he kept under Edvard Beneš’s government in exile in London.

John Martin is the author of a book about Operation Anthropoid, the 1942 assassination of the Nazi governor of Bohemia and Moravia, Reinhard Heydrich. He says General Moravec gave the order for that daring mission.

“He came to Britain in March 1939, the day before the Nazis moved into the Czech lands. He was then in charge of all secret intelligence for the Czechoslovaks in Britain.

By then Moravec was living in the US. He had moved there following the Communist takeover of Czechoslovakia and found work at the Pentagon.

He died in Washington in 1966 and is buried at Cedar Hill Cemetery in Maryland.

Now, says John Martin, the general’s family are hoping to have his remains moved to his hometown of Čáslav.

“During my research, I’ve got very friendly with General Moravec’s family, and in particular with his granddaughter, Anita Moravec Gard. 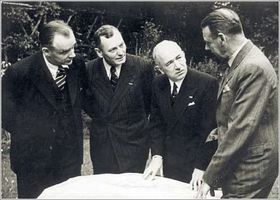 “Čáslav have agreed to it, but it’s now we have to raise the money to make this thing happen.”

Mayor Vlastislav Málek was behind the bestowing of honorary citizenship of Čáslav in memoriam on General Moravec earlier this year.

He says the council welcomes the family’s intention to transfer his remains to the town and is ready to contribute financially. A place of honour at a local cemetery has already been set aside.

“For us General František Moravec is somebody who fought for freedom. He was a brave person for whom serving his homeland was everything.

"I think today in particular we have to have enormous respect for such people and their legacies – and that is how Čáslav feels about this.”

John Martin can be contacted via the Facebook group The Mirror Caught the Sun, named after his book on the Heydrich assassination: www.facebook.com/groups/218429970493/

John Martin says he is confident the general’s remains will eventually return home.

"His grandchildren are not getting any younger. We just need it to happen sooner rather than later, really.” 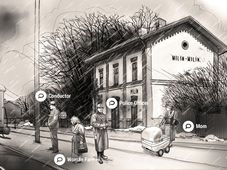